Government today left it to the Supreme Court to decide the fate of 218 coal blocks allocation held as illegal by it while stating that about 40 blocks are operational and another six are ready to produce 50 million tonnes coal in the current year. 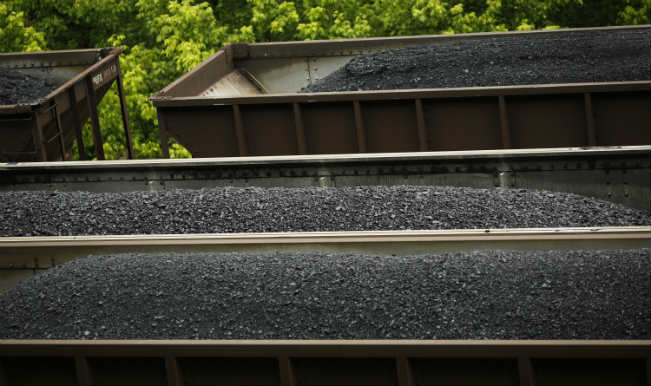 New Delhi, Sep 8: Government today left it to the Supreme Court to decide the fate of 218 coal blocks allocation held as illegal by it while stating that about 40 blocks are operational and another six are ready to produce 50 million tonnes coal in the current year. The affidavit filed by the Ministry of Coal incorporated the statements made by the Attorney General Mukul Rohtagi on September 1 that the Centre has “no objection” to the cancellation of allocations declared as illegal by the apex court and was also not insisting on any particular course of action. Also Read - Will NEET Exams 2022 be Conducted Twice a Year Like CBSE? Ministry of Health to Resume Talks With Education Ministry Soon

Giving details as directed by the Court about the 40 producing blocks and six likely to come under production during the year 2014-15, the affidavit said they “are estimated to produce about 50 million tonnes of Coal in the current year.” The ministry placed before it the gist of information about mining lease, commencement of production and linked End-Use Production (EUP) investment received from allocatees of these 40 productional coal mines and six on verge of production. Also Read - Delhi-NCR Air Pollution: Supreme Court Re-Imposes Construction Ban, Delhi Govt to Pay Rs 5000 to Affected Workers

Out of 40 functional mines, two are allocated to an Ultra Mega Power Project (UMPP), which has not been declared as illegal by August 25 judgement, it said. Further, the affidavit said the six coal blocks which are likely to come under production were determined by the Coal Controller’s Organization (CCO), as they have received mine opening permission under Rule 9 of the Colliery Control Rules, 2004 (framed under MMDR ACT, 1957), which is the final step towards opening of the mines.

The ministry, which gave details of information of 15 lignite blocks received from the allocatees, also stated some of the hurdles it was facing as a result of the apex court judgement and sought suitable directions. It said the numbers of allocatees have acquired title of the land in respect of coal blocks which were allocated and now are held as illegal and on re-allocation those previous allocatees be directed to “re-convey” the land to Central government.

“Upon cancellation of the coal block, the title of the land would still remain with the allocatee. In the event of subsequent grant of the coal block, it may not be possible for the grantee to obtain title of the land from the earlier owner,” it said.The affidavit further said, “It is, therefore, suggested in such cases the allocatees be directed to re-convey the land to the central government or to its nominees etc upon payment of the purchase price of the land.”

Secondly, the ministry said in view of the judgement holding as illegal the allocation made from 1993 to 2010, “this court may make it clear that the mining leases executed subsequent to the coal allocation would also be deemed to be void and of no legal effect.” The affidavit also raised the issue of large number of bank guarantees which are currently alive and furnished by the allocatees to the Centre or to any of its instrumentality and sought future course of action in view of the blocks being declared as illegal.

The ministry also sought to declare as infructuous all the petitions filed in different High Courts on the issue in view of the judgement of the apex court, which was also informed that 80 Coal blocks have been de-allocated by the Centre through Inter Ministerial Group (IMG)/ Intra Ministerial Review Committee. By way of affidavit, the Centre put on record the statement made by Attorney General that “the Union of India was not in favour of constitution of any committee to look into the consequences of the judgement, i.E, declaration of allocation as illegal in the interest of bringing finality to the issue at the earliest.”

It also said that the Attorney General highlighted the power crisis in the country and had stated that “Union of India would like the process of re-allocation of the cancelled blocks to start as soon as possible in the transparent manner.” The government also stated that “retention” of the 40 productive blocks and six ready to become operational may be considered by the court provided additional levy at the rate of Rs. 295 per tonne as suggested by Comptroller and Auditor General (CAG) is imposed.

Further, the affidavit said in case of allocatees of power sector, “it should be mandated that they would enter into power purchase agreement (PPA) with state utilities/ discoms, so that benefit is passed to the consumers.” The ministry said that the CAG in its report had estimated financial loss by considering only two types of mines- open cast and mixed mines. It said that under ground mines were not taken into account and the apex court can pass a direction in this regard.