The Delhi High Court today said there was an urgent need for more police personnel in view of the law and order situation, security threat and crime against women here. 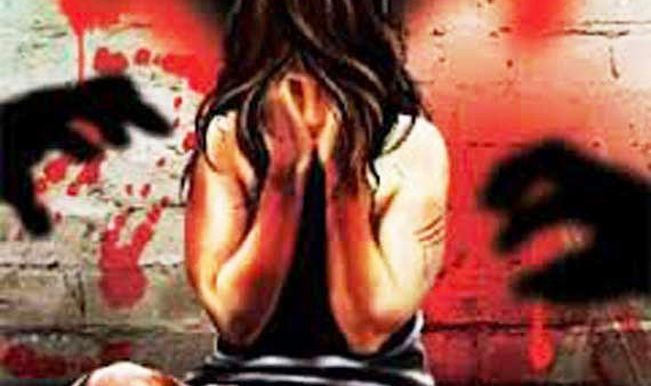 New Delhi, Dec 24: Citing recent “spate of acid attacks” in the city, the Delhi High Court today said there was an urgent need for more police personnel in view of the law and order situation, security threat and crime against women here. The court also asked as to what the government and the police were doing to handle the menace of acid attacks. “What are you doing about acid throwing? The Supreme Court has given strict instructions. It is still going on and on…How is acid freely available or being sold? Police must crack down on this,” a bench of justices Badar Durrez Ahmed and I S Mehta said. Also Read - SSR Case: Rakul Preet Singh Moves Delhi High Court Against Defaming Her as Part of Media Trial

Agreeing with the bench that acid attacks are a menace, Additional Solicitor General (ASG) Sanjay Jain suggested to the bench that issue of acid attacks be taken up as a separate suo motu matter. The ASG also assured the court that the 15 proposals forwarded by Delhi Police for creation of over 14,000 posts “shall be looked into at the earliest and will receive priority attention”. Also Read - Article 377 Scrapped But Same Sex Marriage Still Against Our Laws, Values: Centre to Delhi HC

Delhi Police has written to the Ministry of Home Affairs (MHA) requesting for 4749 posts for separating the investigation work from the law and order duties. It has also requested MHA for creation of several separate cadres, amounting to 11,962 posts, the bench was told. The ASG said the proposals for more posts in Delhi Police have been sent to the Internal Finance Department of MHA for concurrence and, thereafter will be forwarded to the Ministry of Finance.

In view of the submission, the court sought status reports from the Centre as well as Delhi Police by January 31, 2015, indicating status of the proposals. On the issue of setting up more forensic science laboratories (FSLs) in the national capital, the bench said it is “getting the impression that the Delhi government is not taking up the matter as seriously as it should” and directed it to expedite the same to “obviate coercive measures”. The court also directed the Delhi government to give a complete status report with respect to setting up FSLs as well as a revised time schedule for it.

Regarding establishment of a victim compensation fund within three months as per the court’s August 13, 2014 order, the bench was informed by Delhi State Legal Services Authority (DSLSA) that the issue was yet to be worked out. The Delhi government, represented by advocate Zubeda Begum, sought three months more for setting up the fund and said that the interim arrangement, as suggested by the court, is functioning properly and victims are getting compensation within 24 hours.
In view of DSLSA confirming the government’s submission, the court acceded to the request for extension of time and directed that the fund be established on or before March 31, 2015.

The court, which had taken suo motu cognisance of the December 16 gangrape of a woman in a bus in South Delhi, has been issuing a slew of directions on issues of women safety, compensation for victims, setting up more FSL facilities in the city and induction of more police personnel, including women.

Earlier, the bench had expressed displeasure over the “inadequate” number of FSLs in Delhi and had directed the city government to set up such facilities in rented buildings as a “stop-gap measure” till land was allocated. On April 16, 2014, the court had asked the Centre, the city government and the police to take steps in creating and filling up additional posts in the police, saying the “great shortage” of security personnel has been felt by the citizens.