"There is an environment of enthusiasm in this country," Arun Jaitley said. 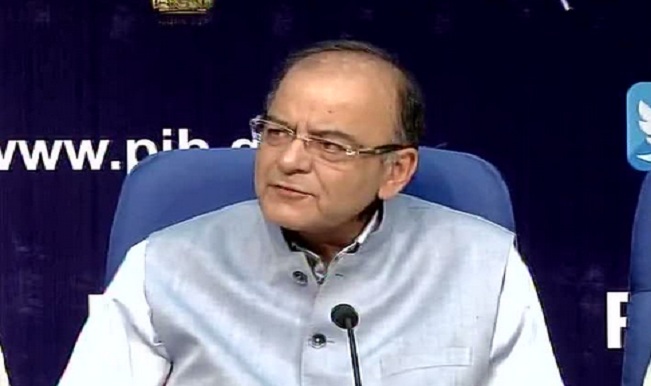 New Delhi, May 22: Union Finance Minister Arun Jaitley counted the achievements of Prime Minister Narenda Modi -led National Democratic Alliance (NDA) government ahead of its first anniversary. Arun Jaitley who is also Information and Broadcasting Minister while briefing the media said that environment has changed on the economic front in the country. “There was a general environment of gloom one year back, on the economic front in this country. Now there is an environment of enthusiasm in this country,” Jaitley said. (Also read: Ministry of Home Affairs (MHA) sends notification to Delhi government, says Lt Governor has power in services issue) Also Read - 'Miss my Friend a Lot,' Says PM Modi on 1st Death Anniversary of Arun Jaitley; Many Political Leaders Pay Tribute

Emphasising on the development agenda of the Modi-government, Arun Jaitley said that the governmnet is heading towards right direction. Jaitley said, “There is absolute clarity with regard to the direction in which the government wants to grow. The direction is towards growth, decisions are being taken in the direction which will promote development.” “There has been transparency in the decisions that have been taken by this government. We have given a corruption-free administration.” Jaitley added. Also Read - Prepare to Boost Economy With These Reforms in Coal, Mine Sectors: PM Modi Tells Officials

Arun Jaitley asserted that the government is taking efforts to reform the economy. He also highlighted the benefit of Goods and Service Tax (GST) “In the field of indirect taxation, we are in process of creating history by bringing most imp indirect tax reform, the GST,” Jaitley said.