The call of President Pranab Mukherjee for adopting five villages around engineering colleges has enthused the students who are aiming to solve problems in the areas like electricity, water and sanitation using the knowledge earned by them during their course. 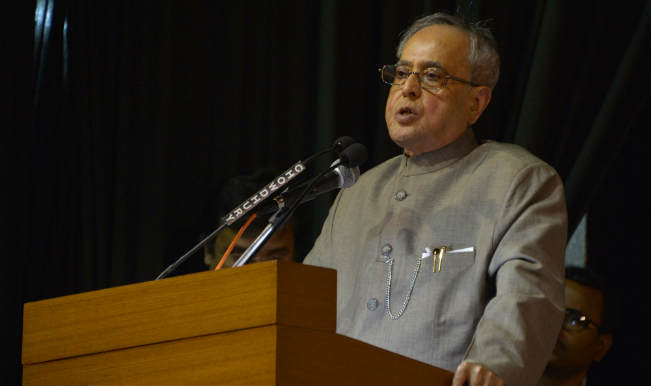 New Delhi, Apr 17: The call of President Pranab Mukherjee for adopting five villages around engineering colleges has enthused the students who are aiming to solve problems in the areas like electricity, water and sanitation using the knowledge earned by them during their course. About 17 students selected from National Institute of Technology from across the country got a unique chance to spend a week as a part of first ‘In Residence’ programme for students during which they got to know the working of various central ministry. Also Read - Supreme Court Expresses Concern Over Fake, Communal News on Social Media

The students were given a chance to interact with the officials of these ministries where they shared their vision to transform villages into model ones. “President has asked the students of National Institutes of Technology (NITs) to adopt five villages and develop it, into a modern village,” said Suresh Yadav, OSD to President. The programme is a part of overall effort made by the President to open Rashtrapati Bhavan to public. The students got to interact with MEA officials, HRD minister and others to get an insight into the functioning of the country, said Venu Rajamony, Press Secretary to the President. (Also read: Pranab Mukherjee: India needs more research and innovation) Also Read - Amid Student Demands, Education Ministry Postpones All Offline Exams This Month

“Since I am from civil engineering, I will be looking at the civil part. If someone is from architecture or mechanical, he will be looking to that”, she said. Agrawal said that institutes’ directors will be selecting the villages while the students will work with their innovative solutions to solve the issues plaguing these areas. Kevin Jerome of NIT Calicut wants to develop some of the tribal villages in Wayanad district of Kerala.

“If I were to select a village, there are a number of tribal villages in Wayanad where they don’t have basic amenities like water, electricity. There are many places where distribution of electricity is not that commercially viable. So we will definitely aim at villages where there is lack of basic facilities. “Our skill and expertise would help in providing people with basic necessity like electricity, water, sanitation” Jerome said.

Jerome added that their college had made a similar effort last year as well. “Last year, during 2014 we conducted DC electrification of a village in Wayanad. So I think we are already in the track of what the President wants us to do. I will definitely be the ambassador to my college in the venture that President has suggested,” he said. Devansh Agarwal from NIT Delhi echoed similar efforts by his college and said he is looking forward to develop the villages further on what he has learnt at the Rashtrapati Bhavan.

“As NIT Delhi is located in Narela, so villages around Narela would be adopted and NIT Delhi has already adopted one of them,” said Agarwal. Yadav also informed that President wants to extend similar program to the 114 institutions under him. He wants to give a chance to one student of each of these institutions to come and experience Rashtrapati Bhavan. This effort will also be extended to teachers of central universities as well, said Rajamony.