The government is committed to bringing transparency in the allocation of natural resources including coal, the auctions for which have started and would result in lowering power tariff, President Pranab Mukherjee said 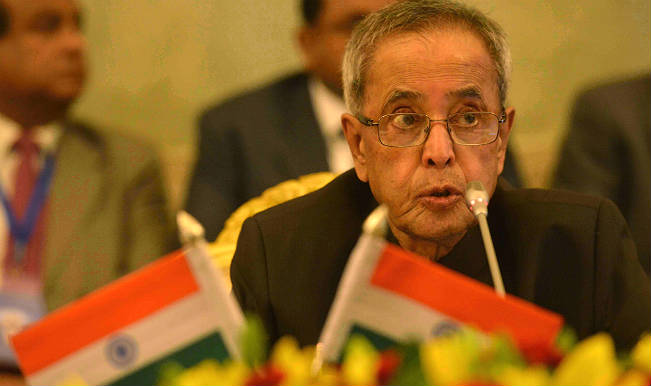 New Delhi, Feb 23: The government is committed to bringing transparency in the allocation of natural resources including coal, the auctions for which have started and would result in lowering power tariff, President Pranab Mukherjee said today. Addressing the joint sitting of Parliament at the start of the Budget Session, Mukherjee said: “My Government is committed to optimum utilisation and transparency in allocation of natural resources. The process for auction of coal blocks has been started in a manner which will reduce the power costs in the country provide adequate fuel to increase power generation. Also Read - Breaking: Electricity Bills In Delhi To See 2% Increase From October 1; Check New Power Tariff Here

“This will also provide huge resources from allotment of mines to the mineral and coal bearing states particularly in eastern areas for accelerated development of the region.” The swift and timely action taken by the government in this regard prevented the closure of mines which otherwise would have rendered thousands jobless, he added. In the coming years, the government would make focused efforts to expand exploration capacity and to increase domestic coal production to 1,000 million tonnes per annum (MTPA), he said. Also Read - Underground Gas Leak Leaves 18 Dead at Coal Mine in Southwest China

The government has already sold 19 coal blocks in the first phase of coal auctions. The coal auctions will fetch the states over Rs 1 lakh crore. The auction of the first phase, which began on February 14, was completed yesterday. Coal Secretary Anil Swarup had tweeted last night that from the coal block auctions Chhattisgarh will get Rs 47,552 crore followed by Madhya Pradesh Rs 35,588 crore and Jharkhand Rs 12,622 crore. “States like Jharkhand, Chhattisgarh, Odisha, West Bengal, and MP to benefit the most out of e-auction proceeds,” Swarup had said, adding that Rs 1.09 lakh crore of e-auction amount and Rs 12,800 crore would go to states in the next 30 years.

The companies that have bagged 19 blocks include Reliance Cement, GMR Chhattisgarh, Hindalco, Sunflag Iron and Steel, Jaiprakash Associates, Jaiprakash Power Ventures, OCL Iron and Steel, Bharat Aluminium, Essar Power MP, Jindal Power and UltraTech Cement. The second round of auction in which government has put on sale 21 mines will begin from February 25.