Union Minister M Venkaiah Naidu today slammed as "irresponsible" Rahul Gandhi's attack on Narendra Modi government over Swachh Bharat Mission and said it reflected the "frustration and anti-democratic mindset" of Congress which has not drawn any lesson from its poll defeat. 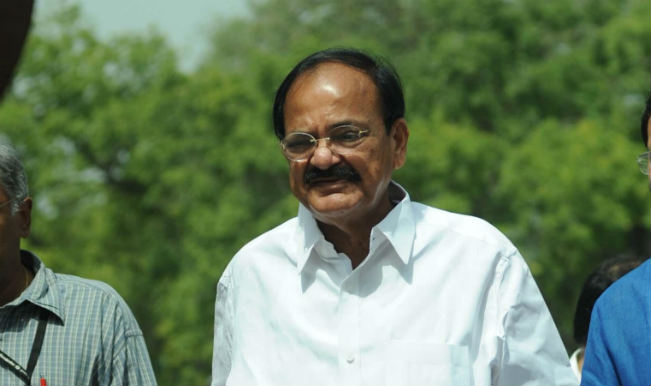 New Delhi, Nov 23: Union Minister M Venkaiah Naidu today slammed as “irresponsible” Rahul Gandhi‘s attack on Narendra Modi government over Swachh Bharat Mission and said it reflected the “frustration and anti-democratic mindset” of Congress which has not drawn any lesson from its poll defeat. “I find the stand of the Congress Party on the Swachh Bharat Mission very unfortunate and even irresponsible. The comments of Shri Rahul Gandhi on Clean India initiative yesterday reflect their mindset of still being unable to come to terms with their defeat in the last Lok Sabha elections,” Naidu said. Also Read - Rahul Gandhi Takes Dig at BJP For Free Vaccine Poll Promise, Shashi Tharoor Calls it Appalling

The Congress Vice President had earlier trashed the Clean India campaign launched by Modi government as a mere “photo opportunity”. Naidu alleged that instead of drawing right lessons from the electoral defeat, Congress’ thoughts and public responses are still marked by “frustration and anti-democratic mindset”. He said that Rahul describing Swachh Bharat Mission as a ‘marketing gimmick’ is “horrible” to say the least. “It only reflects his lack of understanding of the fundamental issues impacting our country and its people. Also Read - Why Should I Apologise: Kamal Nath Snubs Rahul Gandhi After Criticism on 'Item' Remark

“Poor hygiene in many parts of our country is adversely affecting the public health and particularly, of the poor. Due to poor sanitation, every poor person if forced to spend an additional Rs 6,500per year on health care, as per a report of World Health Organisation. “Mahatma Gandhi had voiced concern over poor sanitation in our country about 100 years ago. Things have worsened ever since. Poor hygiene has other adverse economic impacts in terms of less number of tourists visiting our country and even investors getting scared of coming to our country,” the BJP leader said.

Naidu said that the Prime Minister has launched Swachh Bharat Mission with a noble intention of making the country safe for public health.
“Congress wants to market our country as poor and dirty while we want our country to be seen as a clean and capable country. “This is the fundamental difference in our thinking. Rahul Gandhi saying that Modi government gave brooms to the people instead of the promised acchhe din is also borne out of lack of understanding of the story unfolding in our country under the leadership of our Prime Minister,” he said.Naidu said that ‘Acchhe din’ (good days) indeed began the day Congress lost the Lok Sabha polls.

“A new India is being made through various initiatives. Congress party is not able to adjust to the growing popularity of Modi both within and outside the country,” he said, claiming that the Prime Minister has firmly brought the issue of black money on the agenda for internal cooperation. “Congress should explain as to how huge sums of money have been stashed away in foreign banks as it was in power for so long.
“Having done nothing during the last ten years in office, Congress party cannot question the intentions of our governments on black money as we are taking necessary and prompt action,” Naidu said.