Delhi Police is aiming to file a charge sheet in a record two week's time in the Uber rape case, lesser than the 17 days it took to file one in the December 16, 2012 gangrape case. 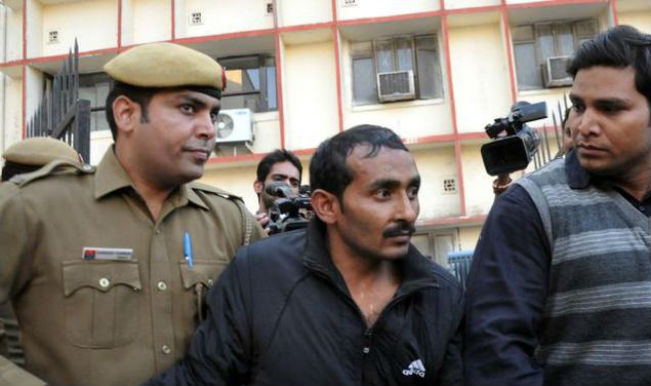 New Delhi, Dec 11: Delhi Police is aiming to file a charge sheet in a record two week’s time in the Uber rape case, lesser than the 17 days it took to file one in the December 16, 2012 gangrape case. “This case is not as complicated as the one which took place in 2012. Here we have just one accused and most of the case property has already been seized and sent for forensic examination. This includes Yadav’s phones, his clothes and other things. The car has already been examined thoroughly by a CFSL team,” said a senior police official associated with the probe. Also Read - Delhi Police Busts Fake Job Racket Offering Employment in Indian Railways, 4 Arrested

Shiv Kumar Yadav, the Uber cab driver, had allegedly raped the woman, who works in a finance company in Gurgaon, on Friday night when she was headed back home in north Delhi’s Inderlok area. We are aiming to file a charge sheet in two week’s time, the police official said. Official sources also said that the family of the victim has offered them Rs 1 lakh as an acknowledgement of their efforts in solving the case but police refused to accept any award as it was part of their duty. Meanwhile, Yadav has been termed as one with a pervert mind and a hardened criminal. Also Read - SSC CPO Recruitment: Vacancies Announced For SI In Delhi Police, CAPFs, ASI In CISF 2019 | Details Read

“He got into bad company as early as 14 years of age and had even started consuming alcohol and cannabis. He had even had sex at that age which he termed as consensual. We already know that he has been named in three cases of rape and one of molestation and there are high chances that he might have victimised other women as well,” the official said. Police has learnt that Yadav was on the right track until 1998 when his elder brother, who used to keep him in check, expired. After that, Yadav strayed.

“He is pervert-minded and a hardened criminal. He used to ply in areas in Gurgaon and south Delhi in the night and looked for alone and vulnerable woman. He used to get ‘benefits’ from women in lieu of dropping them home at night as many of them did not had enough money. He believed in all these cases, that all such encounters were consensual,” he said.