Why BJP may want to lose Delhi Assembly Elections 2015

There are enough signs to indicate what you see in Delhi may not be true at all. It appears something is going on behind closed doors and is not known outside a tiny group in the BJP. 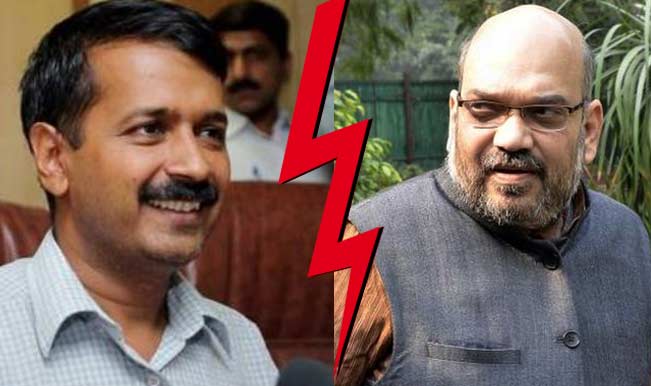 There are enough signs to indicate what you see in Delhi may not be true at all. It appears something is going on behind closed doors and is not known outside a tiny group in the BJP. Notice the developments: BJP inducts three rejects of IAC/AAP into the party – Bedi, Ilmi and now Binni. While the last two are of little consequence, Bedi is being projected as the CM candidate. In a single stroke, BJP has managed to shift attention from Modi to Bedi as far as Delhi polls are concerned. So if BJP loses or fails to get a majority, you have a convenient scapegoat. (Read: Delhi Assembly Elections 2015: Top 3 reasons Kiran Bedi should not become Chief Minister) Also Read - WATCH: Punjab Cop Misbehaves With Woman, Shoots Her Husband During Patrolling; Suspended After Video Goes Viral

On the other hand, media has reported an implosion of sorts in the BJP rank and file. That BJP’s Delhi unit is not a disciplined and united force is known to all. Evidence for AAP’s expose on Satish Upadhyay came from a BJP leader. How? Moreover, while AAP and Congress have declared their candidates for the February 7th polls, BJP is yet to decide on names. Even sitting MLAs are unsure of tickets. Why this delay? Why? Yesterday, Amit Shah’s rally was cancelled because the party could not obtain police clearance on time!!

BJP is a very well organised outfit with sympathisers in every layer of government, judiciary, media, commerce and industry. It is unlikely all this is happening due to poor management. Then is all this ‘bad management’ part of a deliberate plan to lose Delhi? Or to let Kejriwal win? But what will BJP gain from losing Delhi? A lot actually. If Kejriwal wins Delhi, it will be projected as a victory of a mass movement, media will eulogise Kejriwal, hail him as a hero and will dissect AAP’s campaign for days. Prime Time will be reserved for one man only – Kejriwal. All this will divert attention of people who are getting restless from Modi’s inability deliver on his election promises.

Once a government led by Kejriwal is sworn in, the focus of national media and by extension national discourse will shift to his government and ministers. Kejriwal will have no honeymoon period, both media and voters will demand immediate results, at least on corruption, power tariffs, VAT, health hotline and WiFi. A hostile government at the Centre won’t help him either. This spotlight on Kejriwal will be a huge relief for Modi – it will shift focus from his own government. Jaitley is planning a radical budget and several unpleasant decisions are expected this March. The media spotlight on Kejriwal government will allow Jaitley to quietly to push through unpopular reforms — disinvestment of PSUs, budget cuts in health, education in his attempt to cut budget deficit.

Secondly, away from media spotlight, the Sangh machinery can then unleash its foot soldiers to polarise voters with low-intensity disturbances ahead of two big battles — UP and Bihar. These two states are absolutely essential for BJP — victory in Bihar and UP will complete Parivar’s dominance in the cow belt. Moreover, UP and Bihar will shore up BJP’s strength in Rajya Sabha, an absolute necessity for pushing far more radical and unpopular reforms. Last but not the least, these two states will make Modi, Shah and Jaitley the most powerful political coterie in the history of democratic India.

BJP’s top brass is aware that even if the party wins Delhi, this state will remain a headache – partly due to intra-party bickering and because of impatient voters who expect immediate results and good governance, something BJP is unsure of delivering in Delhi. The party has controlled this city state’s civic bodies for years and has failed miserably. Losing Delhi won’t be such a bad idea!!

The article was originally published on Gulf News.

Disclaimer: The opinions expressed are personal opinions of the author and should not be construed as that of India.com.