HEALTH ALERT: Here’s What Smoking Can Do To Your Skin

Photos and videos have surfaced online that show a chain-smoker's skin which had turned bright yellow. Here's why this happened.

New Delhi: We know smoking is injurious to health, it causes cancer and it can kill you. But did you know that smoking cigarettes can also turn your skin yellow. Yes. And there is medical evidence and a video for it.Also Read - Soon, Sale of Loose Cigarettes to be Banned, Smoking Age Limit to be Raised to 21

Photos and videos have surfaced online that show a chain-smoker’s skin which had turned bright yellow. This happened after a tumor blocked bile ducts of the 60-year-old man. Also Read - Bizarre! 100-Year-Old Chinese Man Says a Lifetime of Smoking & Boozing is The Secret to His Long Life

The man, who is from China, was rushed to the hospital after he felt unwell and noticed his body was turning yellow. Also Read - Study Reveals How Smoking Worsens COVID-19 Infection Airways

Reports said doctors at the hospital in China’s Huai’an city attributed the rare condition – biliary tract obstruction – to a tumor and also the man’s unhealthy lifestyle.

According to the reports, the doctors were so shocked to see the man’s skin colour was so bright because it looked as if he had painted it yellow. 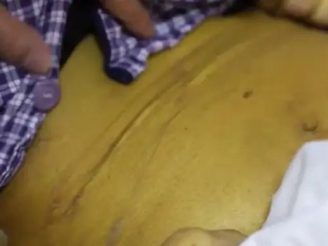 Upon arrival, he was diagnosed with jaundice that can turn your skin and eyes yellow.

Doctors said the man’s tumor was in his pancreas and it was so big that it was blocking his bile ducts.

The man was diagnosed with jaundice caused by a large tumour in his pancreas, that had also blocked his bile ducts.

Doctors said the man’s habit of heavy smoking contributed to the large tumor, which eventually led to jaundice. Further testing revealed the man had a second tumour in his body.

Once the tumors were removed, the doctors told the man to give up smoking if he wished to survive. The patient’s skin tone returned to normal after the removal of the tumors.