Majlis-e-Ittehadul Muslimeen (MIM) chief Asaduddin Owaisi said that Islam is the 'real home' of all religions in the world and hence the real 'home coming' will be when people of other religions embrace it. 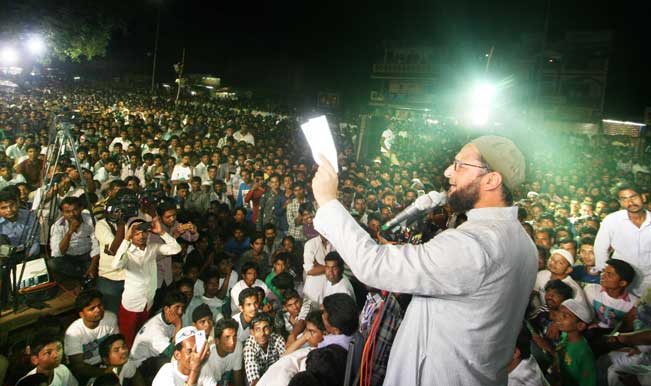 The MIM leader said the Sangh Parivar was running a campaign in the name of ‘home coming’.  “Muslims are being allured with Rs.5 lakh and Christians with Rs.2 lakh to convert. Only five lakh? What a joke. Muslims can’t leave Islam even if you give them the wealth of the world,” he said, amid loud cheers from thousands of people at Darussalam, the MIM headquarters. The Muslim leader invited people of all faiths to accept Islam but made it clear that there is no compulsion. “You come back. We can’t give money but we guarantee you success in this world and thereafter,” said the MP. Also Read - Bengal Elections: Asaduddin Owaisi Trains Guns on TMC After Meeting Influential Muslim Leader

Stating that India is the country of ‘our father’, Owaisi said Adam who is the father of entire humanity landed in India when he came to Earth. He criticized Prime Minister Narendra Modi for his silence on ‘ghar wapsi’. “Have you ever thought what will happen to the country. How foreign exchange will come to India. You announced that you will bring 100 billion dollars. Will this bring FDI (foreign direct investment),” he asked.

The MIM president decried attempts to link terrorism with Islam. He said terrorism can be eliminated from Earth only by following the teachings of Islam. “Islam came to end terrorism and repression. Allah sent Prophet Mohammad as Rehmat-ul-lil Alameen (mercy to the world),” he said.