The heat wave continues to be the bearer of bad news as the death toll climbs before the monsoon. 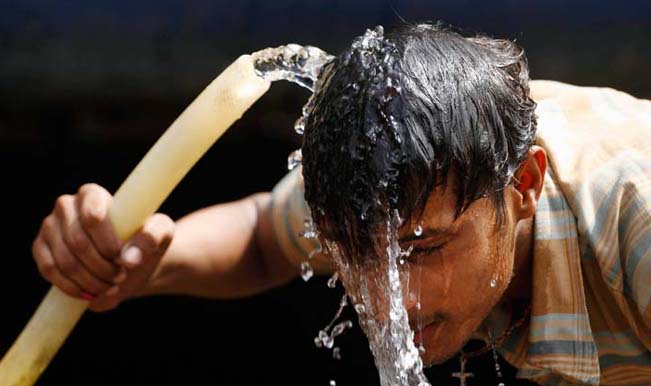 The heat wave has claimed well over 2000 lives in India as the monsoon is eagerly awaited by Indians to get some relief. Some parts of South India have started receiving pre-monsoon showers but if the MET department can be trusted then another couple of weeks of fighting the heat is left before the heat wave ends. [Read: Heat Wave Death Toll Update: Torrid weather claims 41 more lives in Andhra Pradesh, nationwide toll 2248] Also Read - A Complete Guide to Help Revive Monsoon Damaged Hair

There have been 202 deaths reported in Telangana, Odisha and Andhra Pradesh over the weekend which makes the death toll at over 2,200 departed souls in India. Nagpur in Maharashtra bore the brunt of the Sun with the highest recorded temperature of 47.1 degree Celsius. Andhra Pradesh and Telangana seems to be the worst hit states with the most number of fatalities. [Read: Heat waves prevail at isolated places in Uttar Pradesh] Also Read - Monsoon Withdraws From Delhi, City Records 20% Less Rainfall This Year, Says IMD

Andhra Pradesh’ coastal cities have witnessed rains like Rayalseema but it has failed to cut down on the heat to a manageable and non-fatal level. It is advisable to drink lots of water before venturing out and carry an umbrella to retain as much moisture in your body because dehydration is the killer. [Read: News Weekly Roundup: Heat wave, Narendra Modi, Manohar Parrikar, Kiren Rijiju made headlines this week]