When the House reassembled, the Speaker announced that the adjournment motions moved by Opposition parties were disallowed. He asked the ministers to move the various demands for grants as part of the annual budget and, amidst the slogan-shouting by Congress members, adjourned the House for the day. 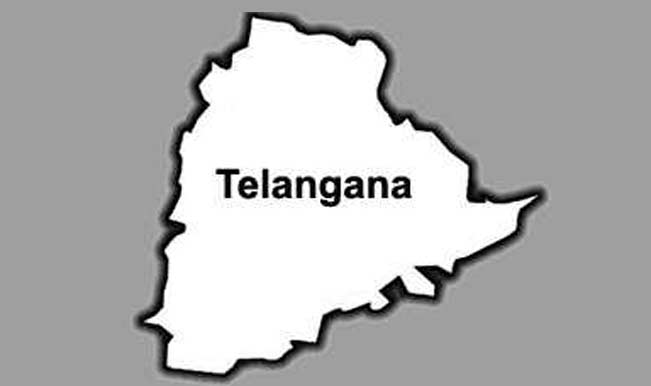 Hyderabad, Nov 17 :  The Telangana Legislative Assembly was adjourned for the day without transacting any real business today as the “defections” issue rocked the House with the main opposition Congress MLAs stalling the proceedings during the Question Hour. Two adjournments for 10 and 30 minutes respectively did not bring order as the Congress members demanded a discussion on the adjournment motion, forcing Speaker S Madhusudanachari to adjourn the House for the day. Also Read - 'Unfortunate', Rahul Gandhi Disapproves of Kamal Nath's 'Item' Remark Against BJP Candidate

The Congress members, sporting black badges, were on their feet as soon as the House sat for the day’s proceedings at 10 AM and demanded that their adjournment motion on “defections being encouraged by the Chief Minister” be taken up for discussion immediately. The Congress’ adjournment motion came in the backdrop of defection of several Congress and Telugu Desam Party legislators into the ruling Telangana Rashtra Samiti in the last few days. Even on Sunday, the Chevella Congress MLA defected to the TRS, infuriating the Opposition party. Also Read - 'I Apologise... Just Forgot the Name': Kamal Nath Explains 'Item' Jibe After Controversy, EC Takes Note

The Congress insisted that the issue be discussed in the Assembly and the Speaker disqualify the defectors. Legislative Affairs Minister T Harish Rao reminded the agitated members that the adjournments motions could be taken up only at the end of Question Hour as agreed in the Business Advisory Committee meeting. He said it was the Congress that encouraged defections in the first place. Information Technology Minister K T Rama Rao mocked at the protesting members saying it was the Congress that initiated defections.

“Everyone knows how the Congress made 10 out of 26 TRS MLAs defect to its side when it was in power between 2004 and 2009. You are now trying to preach sermons,” Rama Rao remarked. As the Congress MLAs remained in the Well of the House raising slogans, the Speaker adjourned the proceedings for 10 minutes. Order did not restore when the House resumed, leading to a second adjournment for 30 minutes.

When the House reassembled, the Speaker announced that the adjournment motions moved by Opposition parties were disallowed. He asked the ministers to move the various demands for grants as part of the annual budget and, amidst the slogan-shouting by Congress members, adjourned the House for the day.