16-year-old boy raped by woman in Mumbai – can a man be sexually assaulted?

In a shocking incident, a 16-year-old boy claimed that his best friend’s mother had been sexually assaulting him for the past three months. 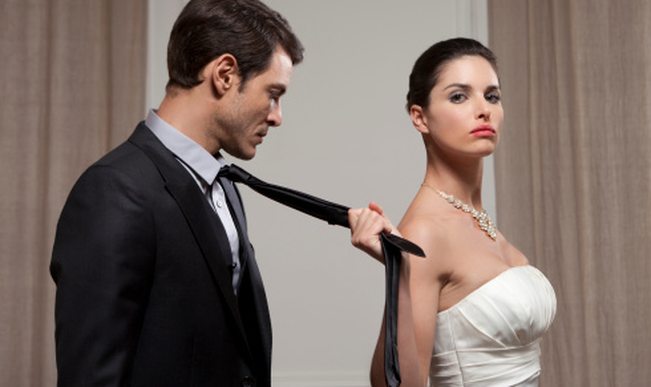 In a shocking incident, a 16-year-old boy claimed that his best friend’s mother had been sexually assaulting him for the past three months. According to a report in dna, the teenager gone to meet his best friend in Chembur, Mumbai, where his friend’s mother spiked his soft drink which made him lose consciousness, stripped him, forced herself upon him and recorded the act. Also Read - Pearl V Puri Denied Bail in Minor Rape Case, to Stay in Judicial Custody Till June 15

Here’s what happened next. She proceeded to blackmail the kid for the next three months, calling him to her house regularly. The boy’s father is quoted saying: ‘My child is in Standard 10 and has been a good student, but of late I saw a lot of changes in him. He looked scared and his health was deteriorating. Initially, he did not respond to my enquiries, but later he told us the whole thing. He said that the woman would also take him on outings. Moreover, she claimed that she was pregnant and that she would accuse him of rape if he ever told anybody what had happened.’ Also Read - Haryana Horror: 10-year-old Girl Raped by 9 People in School, FIR Filed After Video Goes Viral

Speaking about the police complaint, the father continued, ‘The senior police officials were very helpful, they instilled faith in my child and told him to record his statement so that they could take action against the woman,’ said the victim’s father. Senior police inspector of the RCF police station in Chembur told dna: We have received a written complaint and are conducting a preliminary inquiry because the matter is very sensitive. We have not yet registered an FIR. It will be registered once the enquiry is completed.’ Also Read - Pearl V Puri Rape Case Update: Child's Father Break Silence, Says 'Medical Exam Confirms Molestation'

Can a woman rape a man?

There are a lot of loopholes in our legal system when it comes to sexual assault, despite the Justice Verma upgrade after the heinous Delhi gang-rape in December 2012. Despite the changes, marital rape is still not considered a crime, while there’s no provision for men to seek legal recourse if they’ve been raped or sexually assaulted. The Justice Verma panel had actually recommended that sexual assault be made a gender-neutral crime but the law felt that section 377 would take care of that which sadly is not the case since even men having consensual sex are being nailed under this act. Making the crime gender-neutral would’ve not only helped men who are raped but also lead to the removal of the highly controversial Section 377 which has no business being a law in the 21st century in a democracy.

However, the law amendments to make rape a gender-neutral crime were always opposed. In a TOI article from July 2012, Mumbai advocate Flavia Agnes is quoted saying:  ‘I oppose proposal to make rape laws gender-neutral. We had opposed it when the government made child rape laws gender-neutral. After the feminist wave of the 1980s, many countries in the West made rape laws gender-neutral. But, they have realised these laws are harming women more than men. There is physicality in the definition of rape, there is use of power and the victim has a stigma attached to her. If made gender-neutral, rape laws will not have the deterrence value and it will make it more complicated for judges in court. ‘The consequences of rape for a woman are far-reaching. She has to battle social stigma, social mindset. While fixing marriages, nobody asks a man if he is a virgin.’

In the same article Delhi advocate Vrinda Grover is quoted saying:  ‘Why should rape laws be gender-neutral? That would be making a mockery of what is actually happening in the country. There are no instances of women raping men. I don’t think men are facing serious sexual violence as women. Consider the brutality and intensity of sexual violence against women. Hope the home minister does not put out a bill that delays or obfuscates discussions on the issue’.

When it happens to boys, they’re ‘lucky’

There are lots of different myths surrounding male rape like the fact that males aren’t vulnerable, or they want some and even the fact that they’re just lucky, even if they are kids. In fact, something similar happened in Scottsdale, Arizona last week. A 32-year-old yoga instructor was actually arrested for performing oral sex on a 15-year-old boy during a Bar Mitzvah, reports AZCentral.com. The instructor, first flashed adults and children near a backyard pool, invited seven minors to her room, let them fondle her breasts and then performed oral sex on a 15-year-old boy. She was so drunk that she didn’t remember any of it.

The reactions to the incident, some of which have been reproduced here are rather telling:

If the genders were reversed and perpetrator was a male, people would be screaming ‘bloody murder’. Irrespective of the gender of the perpetrator, sexual abuse is sexual abuse, consent is mutual, and we’re doing boys and men are great deal of disservice by claiming they got lucky! (Edited by Shweta Parande)