Indian fishermen are currently under detention or arrest in Sri Lankan jails on the charge of alleged fishery related violation, the government said. 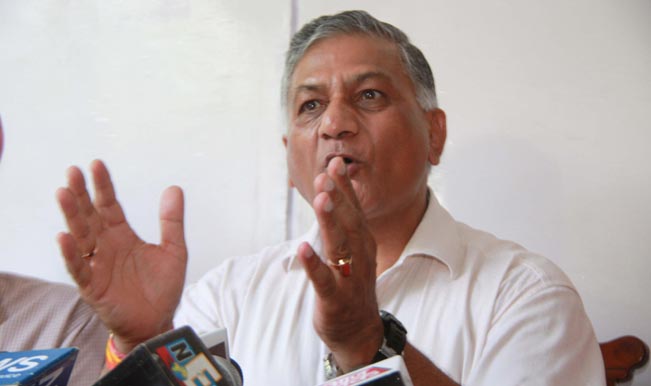 New Delhi, Nov 28: 24 Indian fishermen are currently under detention or arrest in Sri Lankan jails on the charge of alleged fishery related violation, the government said today. In a written reply to a question in the Rajya Sabha, Minister of State in the Ministry of External Affairs (MEA) Gen (retd) V K Singh gave this information. Also Read - 14 Indian Fishermen Arrested, 3 Fishing Boats Seized by Sri Lankan Navy on Charges of Poaching

In reply to a separate question, Singh said the government as a result of its consistent efforts has managed to secure the release of 676 Indian fishermen in 2013 and 730 Indian fishermen (till 21 November 2014) from Sri Lanka. Singh also said that on October 30, the High Court of Colombo had awarded death penalty to five Indian fishermen who were apprehended in Sri Lankan waters on November 28, 2011.

He said that following the judgment, an appeal was filed against the sentence in the Sri Lankan Court of Appeal by the High Commission of India in Colombo on behalf of the five fishermen. He said the government also took up the matter at the highest level with the government of Sri Lanka. “Following government’s intervention, the President of Sri Lanka granted full remission of the sentence and the five fishermen returned to India on 20 November 2014,” the Minister said.

He said that for dealing with issues relating to straying fishermen, work out prevention of use of force against them and the early release of confiscated boats, an India-Sri Lanka Joint Working Group (JWG) has been in existence since 2004 and government continues to remain engaged with the government of Sri Lanka to ensure that Indian fishermen continue to pursue their livelihood in a safe, secure and sustainable manner.