Word on the street, initially, was Katrina Kaif agreed to do an item number for the upcoming film “Raees.” The movie is still in the pre-production stages, but its mega star cast alone is enough to lead to anxious anticipation of the movie. Pakistani actress Mahira Khan of “Humsafar” fame will be making her Bollywood debut alongside Bollywood Badshah Shahrukh Khan and Nawazuddin Siddiqui of “Gangs of Wasseypur” fame. 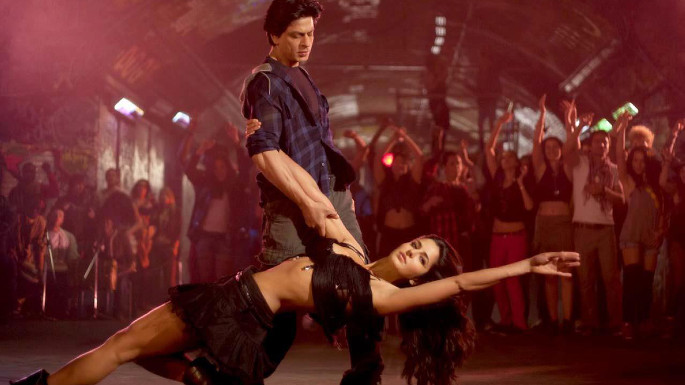 Word on the street, initially, was Katrina Kaif agreed to do an item number for the upcoming film “Raees.” The movie is still in the pre-production stages, but its mega star cast alone is enough to leave fans in anxious anticipation for the movie’s release. Pakistani actress Mahira Khan of “Humsafar” fame will be making her debut alongside Bollywood Badshah Shahrukh Khan and Nawazuddin Siddiqui from “Gangs of Wasseypur.” Also Read - Sonakshi Sinha Paints The Town Yellow in an Embroidered Cape Set from the Shelves of Arpita Mehta Worth Rs 39K

Kaif’s Midas touch with her item numbers typically turns films into gold at the box office, so the news about “Raees” had many fans excited. Unfortunately, a statement from Kaif’s team declared the item number rumors as false. Even though we do not currently have another Kaif item number on the horizon to look forward to, at least we have plenty of amazing dances from her past performances to keep us entertained while we wait for more in the future. Also Read - Kareena Kapoor Khan Continues Her Love For Kaftan in Mustard Coloured Tribal Print Worth 12K For Girl’s Pajama Party

Here are 5 of Kaif’s most popular dances:

This unbelievably catchy tune from the 2012 Hrithik Roshan and Priyanka Chopra action-drama was the first time that Kaif and Roshan shared screen time together. This item number also won choreographer Ganesh Acharya the 2012 IIFA award for best choreography.

This hit song from the third installment of the famous “Dhoom” series in 2013 technically was not an item number, given that Kaif also starred in the film alongside Aamir Khan, but it certainly emits that vibe. Word on the street is that Kaif trained relentlessly with celebrity trainer Yasmin Karachiwala to get into shape for “Kamli.”

Farah Khan’s 2010 masala comedy flick starring Kaif and Akshay Kumar was not really memorable for much of anything other than this catchy dance number. No Bollywood fan will ever be able to hear the phrase “what’s my name” without immediately thinking “Sheila!”

Most people remember Kaif and SRK’s “Ishq Shava” from Yash Chopra’s last directorial venture in 2012, but most impressive was the “Ishq Dance” that served as a prelude to this well known song.