Shah Rukh Khan and Deepika Padukone’s hilarious mega-hit “Chennai Express” hits its three year anniversary this week! The romantic comedy was outrageous, with clever dialogues, fun music, and glimpses of previous hit films and actors. The Rohit Shetty film was a riot and to celebrate the three year anniversary of its release, let us take a look back at some of the funniest dialogues, scenes, and music from the film! Also Read - Deepika Padukone Resigns as MAMI Chairperson - What Does it Mean And Why is it Important?

How could a list of hilarious things in “Chennai Express” not include Deepika Padukone’s Tamilian accent? She was adorable! The way she spoke in her accent may not have been accurate or consistent at times but it sure did add to the comedy factor. Also Read - Shah Rukh Khan Lauds Kolkata Knight Riders on Their 100th IPL Win After Eoin Morgan-Led Side Beat SRH 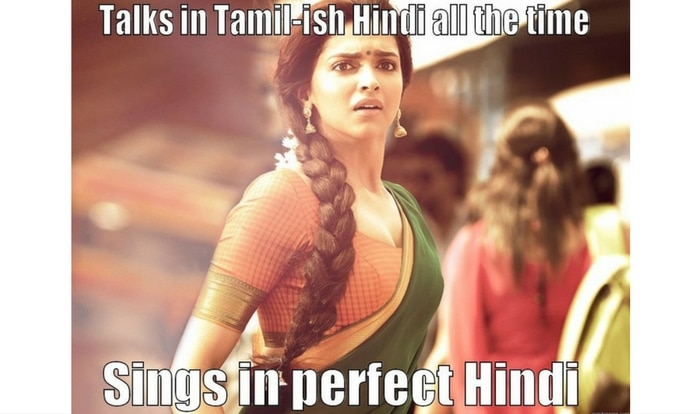 When Khan and Padukone are forced to run away and live together in a small village they discover more about each other as they fall in love. One thing Khan never expected is that his pretend wife is a vicious sleep kicker! Check out this hilarious scene from the film where Padukone talks eerily in her sleep and kicks Khan off the bed.

Padukone talks eerily in her sleep and kicks Khan off the bed. Chennai Express I Deepika Ki Kick I Movie Scene by iBollyHD

To avoid being caught by her captors Padukone tells Khan that she is being kidnapped via song to the beat of popular Bollywood songs so that her Tamil speaking captors don’t discover the truth. This turns into a hilarious game of antakshari between the lead couple. Haider iTashan I This is really something…!!!!! by iBollyHD

Who could ever forget this conversation between Khan and Padukone! Padukone’s facial expression and exaggerated pronounciation of “bakwas” will have you rolling on the floor laughing every time.

5. Don’t Underestimate the Power of a Halwai

Possibly the most famous line from this movie is Khan’s “Don’t underestimate the power of a common man” phrase, which is repeated throughout the film.

Shout out to Yo Yo Honey Singh for making the lungi-wearing-uncles of the world cool with the hit song “Lungi Dance.” It may not be the most meaningful or eloquent song but it sure is catchy and absolutely hilarious! The tribute to the legendary South Indian actor Rajnikant has become a cult classic. Although this may not be our generation’s best work when it comes to music, we’re sure fans years from now will still get a good laugh from this jam.