Alleging that officers were running "transfer-posting industry" in Delhi, Deputy Chief Minister Manish Sisodia today said AAP government was being opposed for trying to stop it, a day after bureaucrats expressed anguish over the treatment meted out to them. 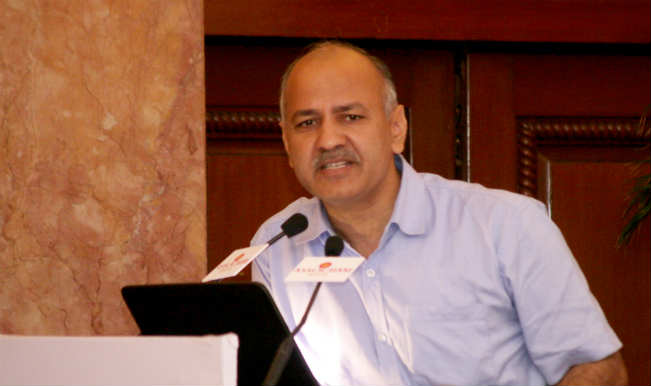 New Delhi, May 21: Alleging that officers were running “transfer-posting industry” in Delhi, Deputy Chief Minister Manish Sisodia today said AAP government was being opposed for trying to stop it, a day after bureaucrats expressed anguish over the treatment meted out to them. In a sharp counter-attack, Sisodia alleged that bureaucrats who were running “transfer-posting industry” in the past governments are talking about “motivating” IAS officers after retirement and added that only officials who “misuse” their position are demoralised. “It is very interesting. In Delhi, ‘transfer-posting’ is a big industry and we have stopped it in last three months.(Also read: Manish Sisodia on Shakunatala Gamlin row: Delhi government is functioning according to Constitution) Also Read - Punjab Aam Admi Party MLAs to Move Towards Delhi on Tractors to Support Farmers On Monday

“All the transfers we have done are on the basis of eligibility and have been carried out with full honesty. This is why people are opposing us. Crores (of rupees) were made through ‘transfer-posting industry’ in Delhi,” Sisodia told reporters. Sisodia’s statement came a day after over 100 serving and retired IAS officials of the AGMUT (Arunachal Pradesh-Goa- Mizoram-Union Territories) cadre expressed “anguish” over the way senior officials are being treated in the ongoing tussle between the AAP government and Lt Governor Najeeb Jung over appointment of officials. The Deputy Chief Minister also took a dig at retired IAS officials on social media website. Also Read - 'Pakistan Zindabad' Slogans Raised Near Delhi's Khan Market; 5 Taken Into Custody

“Officers who were running ‘transfer-posting industry’ in past governments are now talking about motivating IAS officers after retirement,” he said on Twitter In a series of tweets, he said, “Each government official is working with full energy along with Chief Minister and other ministers. Their morale is high but officers who misuse their post are demoralised.”
Yesterday, in a communication to Chief Minister Arvind Kejriwal, Jung told him that all the appointments made by the AAP government without his approval in the last four days were not valid, insisting that he was the sole authority in matters of ordering transfer and posting of bureaucrats. In a prompt reply to Jung’s letter to him, Kejriwal asked the Lt Governor to elaborate the provisions in the Constitution, the government of NCT of Delhi Act and Transaction of Business Rules that give him powers to issue such directions.