AAP leader Yogendra Yadav upset over false reports about him 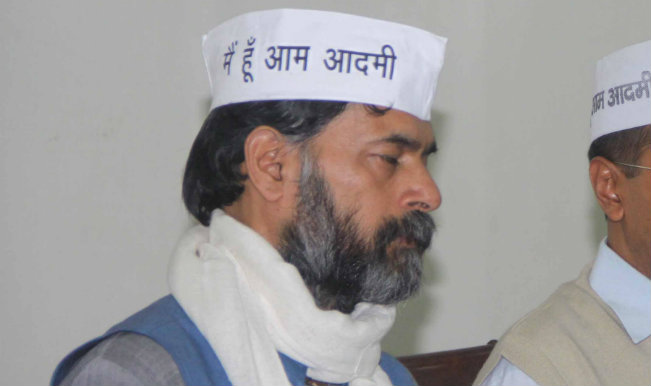 New Delhi, March 2: AAP leader Yogendra Yadav on Monday said that he felt sad over false reports about him and Prashant Bhushan being unhappy with the happenings in the party, added this was a time to work with a large heart following their big win in Delhi. “I feel sad and at the same time (feel like) laughing too after reading whatever is being said in the media about me and Prashant ji for the last two days… Delhi has given such huge mandate to AAP. I would appeal that we should not let the faith of people dwindle in the AAP,” Yadav said in a tweet Monday morning. Also Read - Tear Gas, Water Cannons: 10 Pictures & Videos to Show How Farmers Who Feed Us Are Being Treated | Watch

“Today it is the time to work for the country. The country has great expectation from us (AAP),” Yadav added. Reflecting his discontent about the functioning of the Aam Aadmi Party, senior leader Prashant Bhushan has written a letter raising questions about some decisions of party convenor Arvind Kejriwal who is now chief minister of Delhi. Also Read - Delhi Chalo: Police Use Tear Gas Shells to Disperse Farmers At Shambhu Border | Watch

In the letter, apparently written to members of party’s national executive, Bhushan has raised questions about the party running a “person-centric” campaign in Delhi polls and not following some of its professed principles. Hailing AAP’s democracy, Yogendra Yadav defends Admiral Ramdas’s criticism