Another party leader and its Delhi convener, Ashutosh, said that Prashant Bhushan should have raised the issue of "personality cult" at the national executive meeting tomorrow instead of airing it publicly. 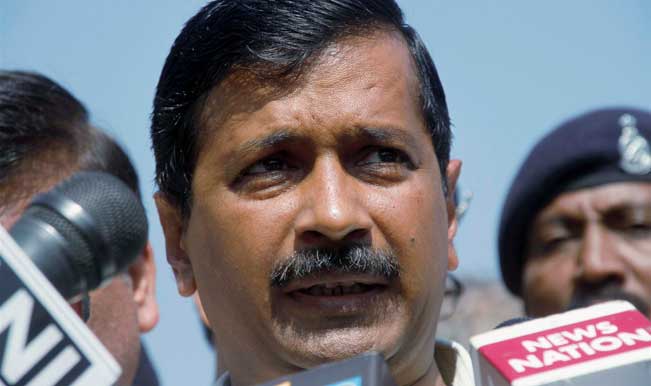 New Delhi, Mar 3 :  With the party facing escalated internecine conflict, AAP chief Arvind Kejriwal today said he was “hurt and pained” by what was going on within the outfit, terming it as an “ugly battle” which has “betrayed” the trust imposed by the people. Delhi Chief Minister Kejriwal, who is the party’s national convener, refused to be drawn into the “ugly battle”, saying he will concentrate on Delhi’s governance. “Deeply hurt and pained by what is going on in the party; this is betrayal of trust that Delhi posed in us,” Kejriwal said in a tweet. (Read: Arvind Kejriwal tweets; ‘Deeply pained and hurt by ongoing tussle in AAP’) Also Read - Does Haryana Need Lockdown? Read Deputy CM's Latest Statement

“I refuse to be drawn into this ugly battle. Will concentrate on Delhi’s governance. Will not let peoples trust break under any circumstances,” he further said. Sharp differences have come to the fore within AAP with allegations that senior AAP leaders Prashant Bhushan and Yogendra Yadav were trying to “remove” Kejriwal from the post of party convener. AAP has convened a meeting of its national executive tomorrow to decide on all issues, including the latest controversy over differences in the party. Meanwhile, following an interview by Bhushan to a TV channel, Also Read - COVID-19: With 37,975 New Infections, India's Total Tally Surge To 91,77,841

Ashish Khetan, a key member of the AAP’s Delhi unit, accused party patron Shanti Bhushan and his son and daughter — Prashant and Shalini — of wanting to control all the wings of the party. “Those who are floating the ridiculous one man party theory wanted to make AAP one family party,” Khetan said on twitter. “Father son daughter trio of Shanti Prashant & Shalini (sic) wanted to have a vice-like grip on all party wings, from PAC to policy committee to National Executive,” he further said.

The tweet was immediately retweeted by senior AAP leaders close to Kejriwal. Another party leader and its Delhi convener, Ashutosh, said that Prashant Bhushan should have raised the issue of “personality cult” at the national executive meeting tomorrow instead of airing it publicly. “Prashant ji should have raised issue of personality cult in NE, to be held tomorrow instead in media. NE should have discussed/taken a call. NE is highest decision making body/is empowered to decide on any issue/can direct anyone accordingly. Best?forum to discuss/decide,” Ashutosh tweeted.