The AAP Wednesday said it has requested Delhi Lt. Governor Najeeb Jung to revise the letter sent to President Pranab Mukherjee seeking permission to invite the BJP to form government in Delhi. 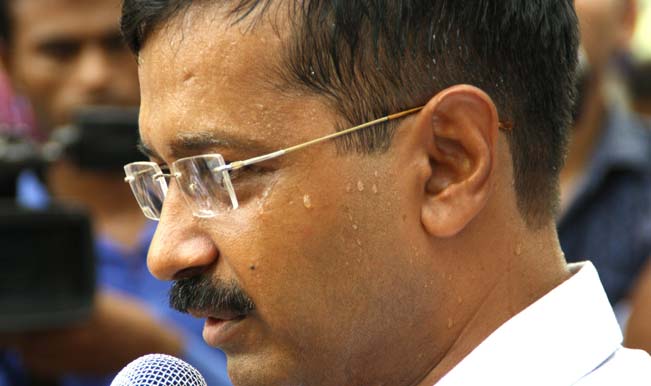 New Delhi, Sep 10: The AAP Wednesday said it has requested Delhi Lt. Governor Najeeb Jung to revise the letter sent to President Pranab Mukherjee seeking permission to invite the BJP to form government in Delhi. The Aam Aadmi Party (AAP) has accused the BJP of indulging in horse-trading, and sought dissolution of the assembly. Also Read - ECB Terminates Players' Contracts For The Hundred

AAP chief Arvind Kejriwal met Jung Wednesday and submitted a letter to him along with a copy of a CD of the “sting” operation which shows AAP legislator Dinesh Mohaniya being offered a bribe of Rs.4 crore by a Bharatiya Janata Party (BJP) leader to quit the assembly to improve the BJP’s chances of forming a government in Delhi. Also Read - Zee Digital Witnesses Remarkable Growth, Ranks 3rd on ComScore In January 2020 In News & Information Category

Sisodia also said that if the government is formed through horse-trading, its problems such as corruption, school education and price rise will not be solved. “If such a government is formed in Delhi, then it will be a burden on the people of Delhi… So, we have requested the Lt. Governor to revise the contents of his letter and this time seek dissolution of the assembly,” he said.

The video, released by AAP Monday, shows BJP state unit vice president Sher Singh Dagar making a bribe offer to AAP MLA Dinesh Mohaniya, whose resignation would have brought down the effective strength of the hung Delhi assembly to 66 and given the BJP an edge to form the government.

Delhi was placed under President’s rule after AAP chief Arvind Kejriwal quit as chief minister Feb 14 this year. The BJP now has 28 legislators after three got elected to the Lok Sabha. The AAP has 27 MLAs and the Congress eight in the now 67-member Delhi assembly.