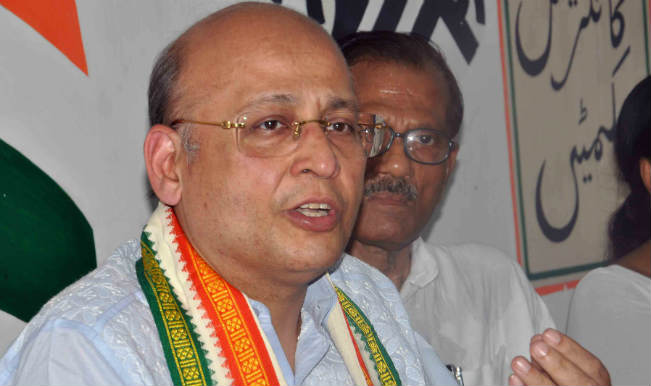 New Delhi, May 21 : Congress Party spokesman Abhishek Manu Singhvi on Thursday said that the BJP’s campaign skills are like sixes being hit during a Twenty20 match, but the implementation of their promises was akin to an abandoned Test match. “The BJP’s campaign skills are like sixes during T20. But coming to implementation, it becomes an abandoned Test match,” Singhvi told ANI.(Also read:Abhishek Manu Singhvi questions BJP’s silence over ‘communal’ remarks by Shiv Sena, Sadhvi Deva Thakur) Also Read - BJP Tweets Old Video of Mamata Banerjee Reciting Islamic Prayer, Slams Bengal CM For Her Netaji Event Reaction

The NDA regime won a historic mandate last year on the plank of transparent governance and rapid economic growth, as then the Congress-led UPA government was beset with a series of scams and policy paralysis. It completes a year in office on May 26.