the Madras HC ordered Advocate General of the state to respond at the earliest on if there will be any action taken to disqualify 19 MLAs supporting TTV Dhinakaran.

Chennai, September 14: Agitated by the sacking of incarcerated interim general secretary Sasikala Natarajan from her post, the MLAs of Dinakaran’s faction on Thursday met the officials on Election Commission in New Delhi urging them to not to consider the AIADMK Council meeting legal. The meeting in which Sasikala was ousted was recently held in Chennai. The TTV Dinakaran faction also moved Madras High Court on Thursday with a plea for conducting floor test in Tamil Nadu, reported ANI. Also Read - Pride: Madras High Court Bans 'Cure' of Sexual Orientation, Suggests Changes For LGBTQ+ Education

Terming the Council meeting of AIADMK as ‘Public meeting’, Dinakaran had vowed to bring the government down if the chief minister was not changed. Also Read - Shankar vs Lyca Productions: Director Blames Indian 2-Delay on Kamal Haasan After Producers Move Court

In the ongoing political drama, the Madras HC ordered Advocate General of the state to respond at the earliest on whether there will be any action taken to disqualify 19 MLAs supporting TTV Dinakaran. Earlier on August 24, the Speaker of State Assembly P Dhanapal sent a show-cause notice to the legislators asking them to prove why they shouldn’t be disqualified as they failed to support Chief Minister Palaniswami. Today, Dhanapal, as a part of the disqualification process, would be meeting the MLAs, who are currently lodged in a resort near Suntikoppa in Karnataka. Also Read - Remarks against EC: Retrograde to Restrain HCs From Making Observations or Gag Media From Reporting Observations, Says SC 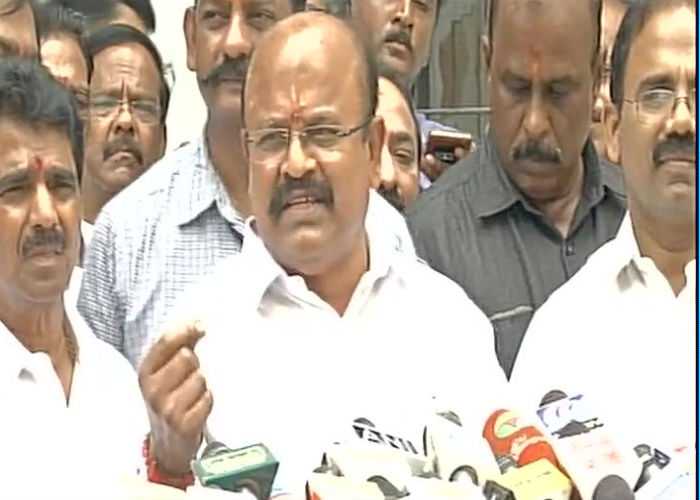 Speaking to news agency ANI, the deputy speaker of state Assembly V Jayaraman said speaker will decide on 18 dissenting MLAs, adding, “We believe they will return to our faction (EPS-OPS).”

Jayaram further added that he failed to understand why DMK’s working president MK Stalin was so interested in the internal matters of AIADMK. On September 12, Stalin moved Madras HC with a plea for conducting a floor test and the matter, in this case, would be heard on October 10. In the plea filed by Stalin, the Opposition leader in Tamil Nadu, he mentioned that Chief Minister Palaniswamy does not have the majority. He had even met the Governor regarding this.

On Tuesday, in the General Council Meeting of AIADMK chaired by CM Palaniswami and Deputy CM O Panneerselvam a unanimous decision was taken to remove jailed Sasikala from the post of general secretary. The meeting was attended by more than 2500 part workers who were assured that party will fight hard to retrieve the ‘two leaves’ symbol.

Earlier, The Madras High Court had dismissed a petition seeking to stay the AIADMK meeting. The court imposed a fine of Rs 1 lakh on P Vetrivel a loyalist of Dinakaran for wasting the time of the court. The HC reminded  Vetrivel that he should have taken note of a circular issued by the High Court earlier, which stated that MPs and MLAs should first get the nod of the Chief Justice before filing a petition.