Akhilesh Yadav presented the supplementary budget of Rs.14,856 crore amid pandemonium and verbal spats between the treasury and opposition benches 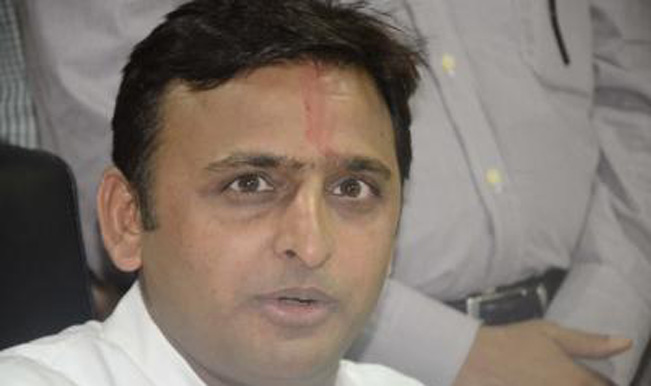 Also Read - UP: Man Chops Off His Tongue as Offering to God at Banda Temple

Lucknow, Nov 17: Uttar Pradesh Chief Minister Akhilesh Yadav Monday presented the supplementary budget of Rs.14,856 crore amid pandemonium and verbal spats between the treasury and opposition benches. When he rose to speak and present the supplementary budget during the winter session of the state assembly, Bharatiya Janata Party legislators accused the Samajwadi Party government of pushing a communal agenda. Also Read - PM Modi Has Decided 'Date of War' With Pakistan & China: UP BJP Chief's Controversial Remark

They also charged the state government with not paying heed to the problems faced by sugarcane farmers of the state. Following the mayhem, Akhilesh Yadav tabled the budget.  Bahujan Samaj Party (BSP) legislators also targeted the state government in both the assembly and the state council, and accused it of failing in maintaining law and order. Also Read - Uttar Pradesh: Teen Girl Thrown Off Terrace After Objecting Harassment; 3 Men Arrested

Leader of House in the legislative council and Health Minister Ahmad Hasan said the BSP was attacking the state government as many of its leaders were being prosecuted for corruption and some have landed up in jail.