Even as the water level at Mullaperiyar dam in Idukki district touches an alarming 141.6 ft, Kerala Chief Minister Oommen Chandy has called for an all party meeting next Wednesday to discuss the situation 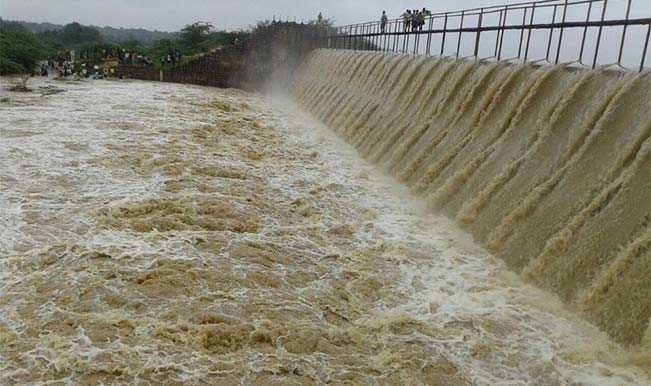 Thiruvananthapuram, Nov 19 : Even as the water level at Mullaperiyar dam in Idukki district touches an alarming 141.6 ft, Kerala Chief Minister Oommen Chandy has called for an all party meeting next Wednesday to discuss the situation. “Kerala’s stand has always been the same, water for Tamil Nadu and safety for Kerala. We will be meeting with all the party leaders here to discuss what needs to be done and at the same time you (MPs) should also take this up in the parliament,” said Chandy while addressing a meeting of all the MP’s from the state ahead of the upcoming parliament session. Also Read - Kerala Govt Terminates Services of 432 Medical Personnel For Unauthorised Leave For Years

Kerala and Tamil Nadu have been at loggerheads over the dam, built under an 1886 accord between the then Maharaja of Travancore and the erstwhile British government. Though the dam is located in Kerala it is owned, maintained and operated by Tamil Nadu. The Kerala cabinet has already decided to file a case in the Supreme Court for lowering the water level at the Mullaperiyar dam as it has completed its estimated life, and is leaking, too. Read – Kerala to approach Supreme Court over Mullaperiyar dam Also Read - Kerala Couple Trolled for Intimate 'Post-Wedding' Photoshoot

People in and around the dam site are living in fear. the shutters of the dam will be opened once the water-level at the dam crosses 142 ft.  Tamil Nadu Chief Minister O. Panneerselvam has requested Chandy to extend cooperation in implementing the apex court’s decision allowing storage of water up to 142 ft in the reservoir.

Local people are unhappy because Tamil Nadu is not drawing water as per the need, merely to prove a point that the dam is safe.  The apex court verdict had allowed the water level to be raised to 142 ft up from the earlier 136 ft.