Anupam Kher resigned from the post of Film and Television Institute of India (FTII) Chairman citing a commitment to an international TV show, as per officials.

New Delhi: Actor Anupam Kher resigned from the post of Film and Television Institute of India (FTII) Chairman citing ‘busy schedule’. He is committed to an international TV show and hence would not be able to continue as the Chairman. Also Read - Lockdown 4.0: Shahid Kapoor, Geeta Phogat And Others React to PM Modi’s Tuesday Speech of Extension

Anupam tweeted a photo of his resignation letter along with a post. Also Read - Anupam Kher Celebrates Lives of Two Remarkable Actors Irrfan Khan And Rishi Kapoor in This Video- Watch 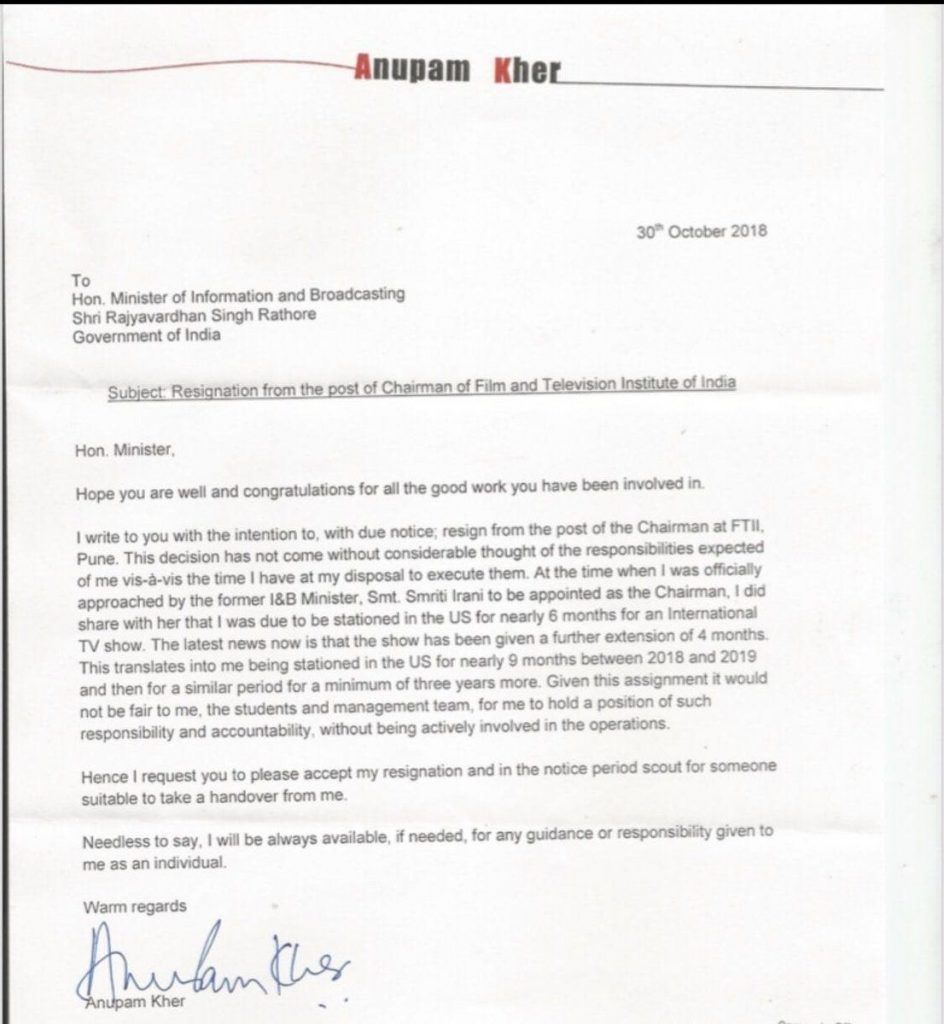 Anupam tweeted, “It has been an honour, a privilege and a great learning experience to be the Chairman of the prestigious @FTIIOfficial. But because of my international assignments, I won’t have much time to devote to the institute. Hence decided to send my resignation. Thank you.”

Anupam took office as the Chairman of FTII in October 2017. He currently appears in the American television show New Amsterdam for which he is shooting in New York.