Asked if Chinese troops came inside the Indian boundary, the army chief said there is "nothing like that". 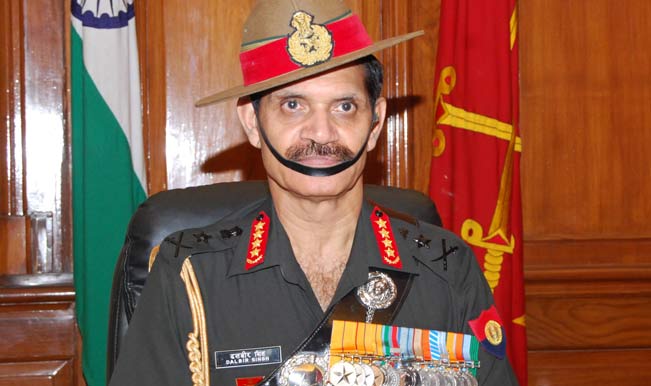 Reports Tuesday said the Chinese troops entered 25 to 30 km into Indian territory in the Burtse area of north Ladakh, pitched tents and held up flags that read “this is Chinese territory, go back”. Reports said the Chinese troops were there for a day before returning. The area is at an altitude of 17,000 feet. According to the reports, Indian troops spotted the Chinese nearly 1.5 km from their base, 25 to 30 km away from the perceived Line of Actual Control (LAC). Also Read - India Never Accepted 'Unilateral Definition of LAC' With China, says Ministry of External Affairs

Adhering to the newly drafted Standard Operating Procedures, the Indian troops returned to their base. Earlier, an army spokesperson had also denied the incursion. Defence ministry officials said there are incidents of “transgression” from China due to different perceptions of the Line of Actual Control (LAC) and they are not considered incursions.

Defence Minister Arun Jaitley, in response to a question during the recently concluded parliament session, had spoken on the same lines. “There is no commonly delineated LAC between India and China. There are areas along the border where India and China have differing perception of LAC. Due to both sides undertaking patrolling upto their respective perception of the LAC, transgressions do occur,” Jaitley had said in a written reply in the Lok Sabha.

“However, no incursion or encroachment of Indian territory by China has taken place along the India-China border,” the minister had said. Jaitley, in his reply, added India regularly takes up any transgression with the Chinese side through established mechanisms such as flag meetings, border personnel meetings and normal diplomatic channels like “Working Mechanism on Consultation” and “Coordination on India-China Border Affairs”, etc. wherein they are guided by provisions of various agreements between the two countries.

The reports, meanwhile, kicked up a political storm with the opposition Congress questioning why the government is turning a blind eye to Chinese aggression. “Chinese PLA (People’s Liberation Army) has reportedly intruded 25 km into Indian territory — Burtse area of north Ladakh and government (is) ambivalently justifying Chinese action,” Congress leader Manish Tewari said in a tweet. “Government says China (is) coming to (a) perception line? With Chinese maps showing Arunachal, Askai Chin and Karakoram as theirs, will government allow them there too?” he said.