Finance Minister Arun Jaitley today disapproved of his ministerial colleague Mukhtar Abbas Naqvi's remark that those who cannot live without eating beef should go to Pakistan or any other country, saying people should be aware of their responsibilities. 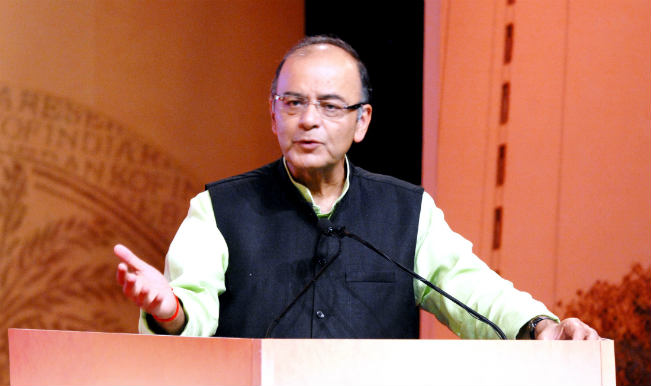 New Delhi, May 22 : Finance Minister Arun Jaitley today disapproved of his ministerial colleague Mukhtar Abbas Naqvi’s remark that those who cannot live without eating beef should go to Pakistan or any other country, saying people should be aware of their responsibilities. Jaitley, one of the senior ministers in the Narendra Modi Cabinet, however, insisted that such comments would have no impact on the government or its policies. (Also read: Notification will remove confusion, help AAP run Delhi well: Arun Jaitley) Also Read - Were Our Ancestors Beef-Lovers? New Study Reveals People of Indus Civilisation Survived On a Meat-Heavy Diet of Pork, Beef & Buffalo

Asked about Naqvi’s remarks at a press conference held to highlight achievements of the Modi government in its first year, Jaitley said, “It is natural that people should realise their responsibilities. The Prime Minister has also said so time and again.” He also took a dig at news channels for playing up such remarks, saying, “It is a different thing that these comments have their own attraction in your channels”. Naqvi, Union Minister of State for Minority Affairs, had sparked a controversy yesterday by saying that “If a certain section (of people) is dying because they can’t sell or eat beef then this is not the country for them. Let them go to Pakistan or an Arab nation, or any other part of world where it is available.” Also Read - BJP Alleges Congress has Formed 'Radical Syndicate' With Jamaat-e-Islami, PFI; Questions Tejashwi

The BJP-led government in Maharashtra has banned slaughter of cow and its progeny and made sale and possession of beef unlawful, providing for imprisonment upto five years and fine of Rs 10,000. The decision has invited criticism from several sections. A few ministers in the past have trigerred controversies with their comments targeting a community or their political rivals, inviting rebuke from Narendra Modi and BJP.