However, Walmiki says he never worked in Delhi. Meanwhile, reacting to the report that Walmiki is alive, Mumbai Police said that it would seek legal opinion on whether to file a fresh murder case against him. 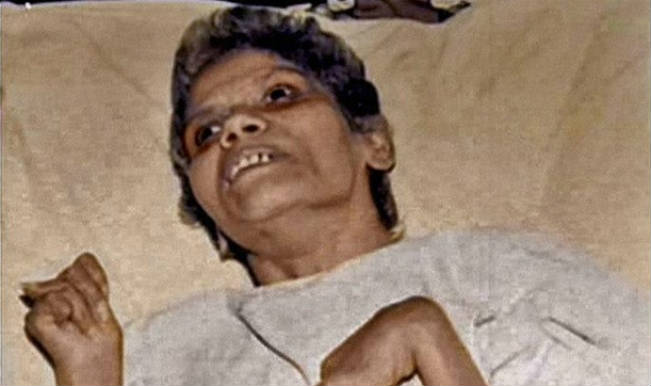 Mumbai, May 29 : Even as police remains clueless about Aruna Shanbaug’s assailant, a local newspaper today claimed to have traced him to a village in Uttar Pradesh where he is working as a labourer and said he cannot recall what happened on that fateful day. Taking note of the report here that Sohanlal Bhartha Walmiki, who brutally attacked Aruna leaving her in a vegetative state for four decades, Mumbai Police today said they will seek legal opinion to decide on any further action against him. (Read: Aruna Shanbaug’s death certificate details causes unbearable agony) Also Read - Married 10 times, 52-year-old Man in UP's Bareilly Murdered For Property

A journalist with Marathi newspaper Sakaal Times met Walmiki, the ward boy who assaulted Aruna at King Edward Memorial Hospital here on November 27, 1973. Walmiki, who throttled Aruna with a dog leash rendering her a cripple at the prime of youth, said he cannot recall anything about what had happened on that day. However, he asked the journalist “why are you people calling it as rape”. Also Read - Uttar Pradesh: Section 144 Imposed in Noida Till Jan 31; Protests, Private Drones Restricted

Walmiki was jailed and released in 1980, not to be heard of again. Now after Aruna’s death, he has been traced to Parpa village in Ghaziabad district of UP. He was never convicted for rape or sexual molestation but for assault and robbery. For 42 years, Shanbaug lay comatose in the hospital until her death earlier this month, where she was cared by nurses and members of medical fraternity here . She also became the subject of a landmark case about euthanasia that went all the way to the Supreme Court. There is a law that bears her name that allows passive euthanasia under strict conditions even though it could never be applied to her.

Pinki Virani, who wrote a biography of Shanbaug and petitioned the Supreme Court for mercy killing, has claimed, based on her talks with hospital ward boys, that Walmiki moved to Delhi, changed his identity and went on to work in a hospital there. However, Walmiki says he never worked in Delhi. Meanwhile, reacting to the report that Walmiki is alive, Mumbai Police said that it would seek legal opinion on whether to file a fresh murder case against him.

“Prima-facie it seems that this old case may not attract any fresh sections as Aruna died of pneumonia,” Mumbai Joint Commissioner of Police Deven Bharti told PTI, when asked if they would consider re-opening the case after the victim’s death. “While giving judgement on plea of mercy killing filed by a journalist, the Supreme Court had said that let Aruna die a natural death. Hence in this purview, Aruna died of pneumonia that seems to be the immediate cause of her death,” he said. However, Bharti added that the police would seek legal opinion first and then decide further course of action.