Speaking exclusively to Hindustan Times on camera, Walmiki said he did not rape Aruna but only slapped her for being casteist. 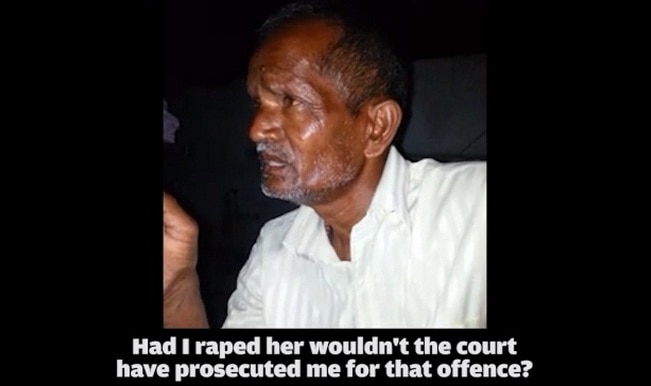 It’s a case that had the entire country feeling sad. Aruna Shanbaug, a nurse at Mumbai’s KEM Hospital (King Edward Memorial Hospital), was attacked by a ward boy named Sohanlal Bhartha Walmiki. He raped her, rather sodomised her, on November 27, 1973, at the basement of the hospital. He throttled her with a dog leash so hard that it cut the blood supply to her brain and she was rendered paralysed for life. Abandoned by her family, Aruna was taken care of by nurses at the hospital in the special ward where she had been kept. Aruna died on May 18, 2015, after more than four decades of being in a vegetative state at the hospital. Incidentally, it’s Aruna Shanbaug’s birthday on June 1. But her death brought about curiosity about the whereabouts of Walmiki, who had served seven years in jail for attempt to murder and robbery, and was a free man now. Also Read - Chronology of events that led to SC recognising 'living will'

Some said he was dead, until Marathi daily Sakaal tracked him down to a village in Uttar Pradesh where he lives with his family. Sakaal reported that after being released from jail, he started a new life staying in his in-laws’ town. The villagers want him out now, say fresh reports, but the man is unrepentant of his act. Also Read - Jail term, fine for those distorting facts in passive euthanasia cases, says redrafted bill By Payal Banerjee

Speaking exclusively to Hindustan Times on camera, Walmiki said he did not rape Aruna. He accused her of taunting him about his caste, and that he simply slapped her for treating him badly. But the real story that’s out is that Walmiki was not charged with rape or sexual molestation, as KEM Hospital officials wanted to protect Aruna Shanbaug and the hospital’s reputation. Watch Aruna Shanbaug’s attacker Sohanlal Bhartha Walmiki speak up on camera for the first time. (Photo and video courtesy: Hindustan Times.)