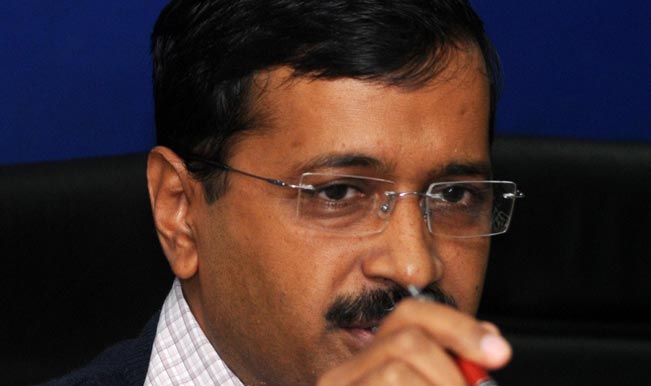 New Delhi, March 17: After undergoing naturopathy treatment in Bengaluru for 10 long days, a “fit and fresh” Delhi Chief Minister Arvind Kejriwal resumed work on Tuesday. Kejriwal held a range of meetings with his six cabinet ministers, apart from having a long discussion with Deputy Chief Minister Manish Sisodia, a long-time confidant. “He met all the minsters. He was apprised of all the decisions taken during his absence,” a government official told IANS. Also Read - Delhi Schools to Reopen on Monday For All Classes: Dy CM Manish Sisodia

Kejriwal, who holds no portfolio, returned here on Monday night, cured of his chronic cough and high blood sugar. “He also took stock of the achievements of his government in its first month in office,” the official added. Kejriwal became chief minister on February 14 after the Aam Aadmi Party (AAP) swept the Delhi assembly election, bagging an incredible 67 of the 70 seats.  (Arvind Kejriwal feels fresh and fit after naturopathy ) Also Read - Delhi Govt to Hold Meeting With DDMA Over New Covid Variant Found in African Countries: CM Kejriwal

The chief minister reached office on Tuesday around 10.30 a.m.  After spending some time at the Secretariat, Kejriwal and Sisodia along with party leader Yogendra Yadav appeared at the Karkadooma court in connection with a defamation case. It was when he returned to the Secretariat that the AAP leader met his ministers to review the work done by them.