Arvind Kejriwal is expected to be discharged on Monday afternoon, and will return to national capital New Delhi 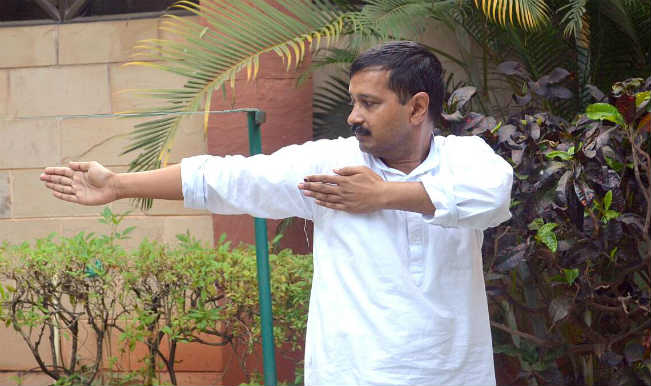 “His current sugar level is, fasting at 90mg/dl and post prandial at 130mg/dl and his medication has been reduced to 30 percent compared to at the time of his admission to this institute,” she added. Forty-six-year-old Kejriwal will be discharged from the institute after final check-up and briefing by doctors treating him. Doctors have reportedly advised him to continue with his prescribed regime, including diet and exercises for another fortnight to maintain his improved health. Also Read - Only CNG, Electric Trucks Allowed to Enter Delhi From Nov 27

Kejriwal’s chronic cough was treated by traditional nature cure treatments that included hydrotherapy, massages, packs and mud therapy, along with yoga and diet therapy. Naturopathy treatment involves no medication, but detoxification of the body through yogic exercises, breathing techniques (kriyas), cleansing of the unwanted liquids and secretions (plegm) and prescribed diet. Kejriwal has had similar treatment in February 2012. During his current spell of treatment, Kejriwal parents-Gobind Ram and Gita Devi were staying with him in a three bedroom cottage named “Nest” in the midst of the sprawling green campus on the National Highway 4. (ANI)