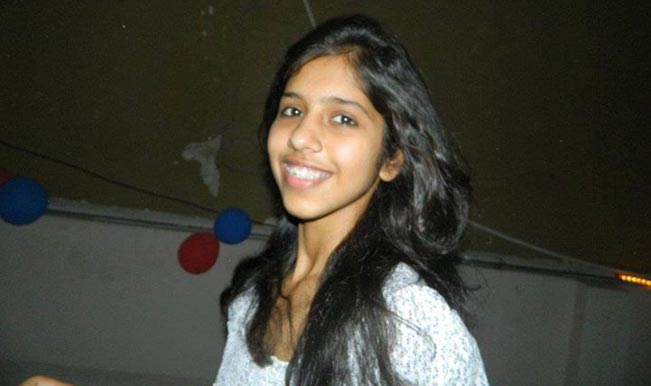 New Delhi, Sep 27: AAP national convener Arvind Kejriwal’s daughter Harshita has decided to join the party’s student wing, Chhaatra Yuva Sangharsha Samiti (CYSS) which was launched today, and open its unit in IIT Delhi. The daughter of the former Delhi Chief Minister will launch and expand CYSS in IIT Delhi, where she is currently pursuing her graduation. Also Read - Farm Bills 2020: Haryana Home Minister Hits Out at Kejriwal, Asks Him What Provisions of Bills Benefit Corporates

The youth wing, which was launched today, will have its presence in 50 colleges in the national capital, apart from Delhi, Jamia Milia and Jawaharlal Nehru universities. There were questions on whether Harshita would join the CYSS to which an announcement was made here at Ghalib auditorium that she would expand the student’s wing in IIT Delhi. Harshita scored 96 per cent in the board exams and cleared the JEE exam to get into IIT Delhi. Also Read - COVID-19: Centre Should've Admitted That There is Community Spread in Delhi, Says Satyendra Jain

Arvind Kejriwal himself is an engineering graduate from IIT Kharagpur. Besides, he even cleared the Indian Revenue Service (IRS) Exam before leaving the civil services to join social service and later politics.