Water in the Brahmaputra which has crossed the danger mark in the entire valley is posing a major threat.

Guwahati, Jul 27: Heavy rains have flooded major parts of Assam have affected over 20 lakh people and killed 13 in the state. Normal life has been disrupted in most villages including Darbhanga flooding housing and causing loss to property. Water in the Brahmaputra which has crossed the danger mark in the entire valley is posing a major threat. On Wednesday, the river was flowing 81 cm above danger level on Wednesday.Also Read - Fire Breaks Outs at Paediatric Ward of a Hospital in Assam, All 12 Children Rescued Without Injuries 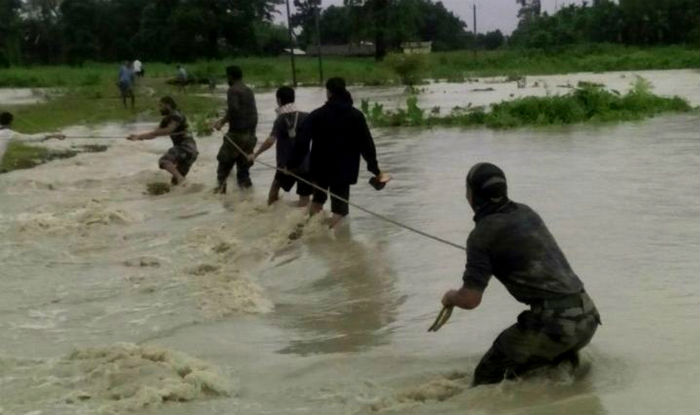 On Wednesday, Chief Minister Sarbananda Sonowal declared an ex-gratia of Rs 4 lakh to the families of each of the deceased and said the amount will be paid this week. The government also assured that they are closely monitoring the situation to ensure flood relief and rehabilitation reach the needy on time. Sonowal also said that BJP MPs met the Prime Minister yesterday and “he has assured them that the Centre is with Assam at this hour”. (ALSO READ: Rain, flood fury claim 7 in Andhra Pradesh, Assam) Also Read - Assam Govt Releases Guidelines For Chhath Puja And Raas Festival | Complete SOPs Here 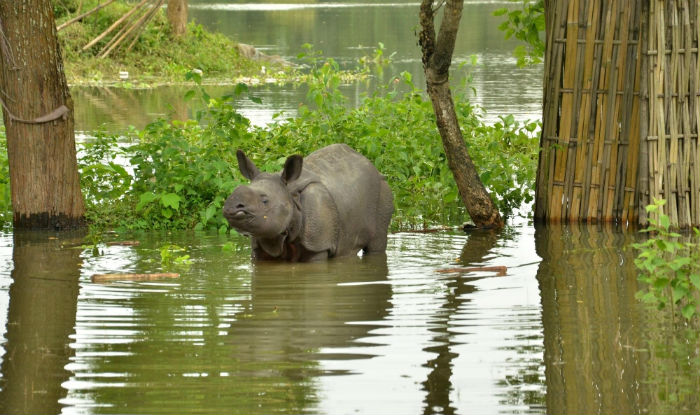 Over 80 percent Kaziranga National Park (KNP) have been submerged in the water of the Brahmaputra. Animals in large numbers have crossed National Highway 37 which passes through the park to the southern side of the park. On the Kaziranga stretch, the Golaghat district administration introduced ‘time card’ for vehicle movement on NH-37.

The ongoing budget session of the state assembly has been adjourned till August 8. Sonawal on Wednesday in assembly appealed to all MLAs to visit flood-affected areas to their respective constituency.