Guwahati: Assam Chief Minister Himanta Biswa Sarma on Saturday announced names of 19 personalities for 3 newly instituted awards Asom Baibhav, Asom Sourav and Asom Gourav. The chief minister said the awards will be given to honour their exemplary services towards society. According to the chief minister, industrialist and philanthropist Ratan Tata has been accorded Asom Baibhav, and Olympic medalist Lovlina Borgohain will get Asom Sourav award.Also Read - First Time Since 1996, ULFA (I) Decides Not To Call 'Assam Bandh' on Republic Day, CM Himanta Welcomes Decision

“Through the awards, we want to recognise the contributions of these people to the society through their work,” he said. Also Read - Assam: Those Not Fully Vaccinated To Be Denied Entry In Public Places From Tomorrow, Says CM Sarma

Giving details, the chief minister said the awards will be conferred on Asom Divas, celebrated on December 2 to commemorate the rule of Swargadeo Chaolung Sukapha, who founded the Ahom dynasty in Assam, which ruled the state for 600 years. 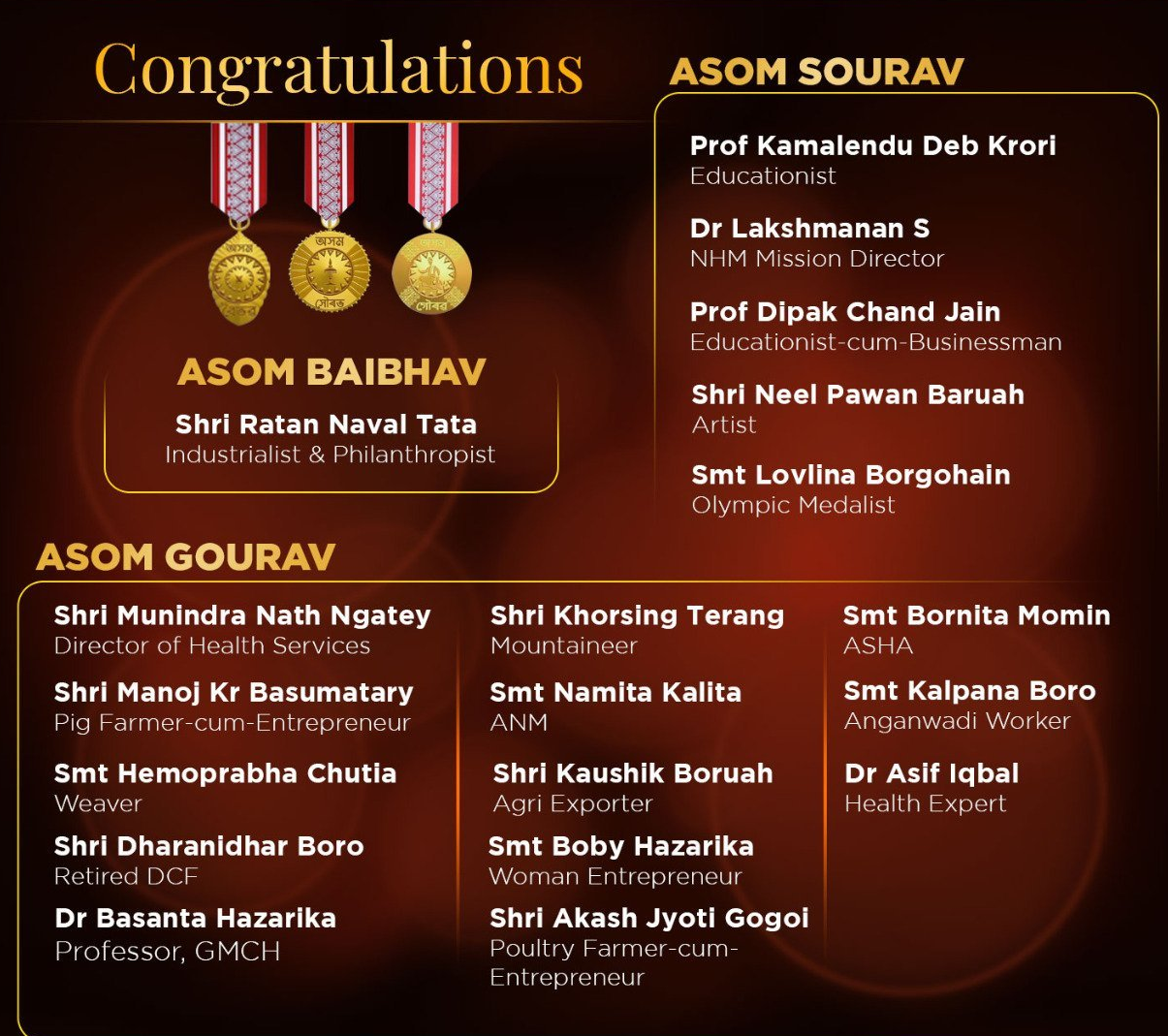 Ratan Tata was named as the recipient of the Assam Baibhav’ award for his contribution towards cancer care facilities in the state.

Prof Kamalendu Deb Krori and Dr Dipak Chand Jain will also be awarded with Assam Saurav’ for their contributions in the field of education and business management, respectively.

The recipients of Assam Gaurav’ include Munindra Nath Ngatey, who has been in-charge of the COVID-19 vaccination drive in the state, Dr Basanta Hazarika, among those at the forefront in the fight against the virus since the start of the pandemic, ANM nurse Namita Kalita and ASHA worker Bornita Momin.

Kalita has so far administered nearly one lakh Covid vaccines, the highest number of jabs given by an individual during the pandemic, while Momin had successfully vaccinated Phuloguri Garo Gaon in Sonitpur district by creating awareness and overcoming superstitious beliefs of villagers.

Moreover, the government will bear the cost of treatment up to Rs 2 lakh annually of all the awardees in case of hospitalisation. They will receive free accommodation at Assam Bhawans and will be invited guests at government functions, he added.

The Assam Saurav’ will have three recipients and Assam Gaurav’ – 15. This year, there has been some changes and we are honouring five persons with Assam Saurav’ and hence, the number of awardees in the Assam Gaurav’ category has come down to 13, he said.