Chhattisgarh Chief Minister Raman Singh, who is seeking his fourth consecutive term, will contest from the Rajnandgaon seat.

Among the 77 candidates announced out of a total of 90 Assembly seats in Chhattisgarh, 14 are women candidates and 14 sitting MLAs have been replaced with new names, Union Minister J.P. Nadda told reporters after the CEC meet attended among others by Prime Minister Narendra Modi and BJP chief Amit Shah. Chhattisgarh Chief Minister Raman Singh, who is seeking his fourth consecutive term, will contest from the Rajnandgaon seat.

Check out the name of 77 candidates here: 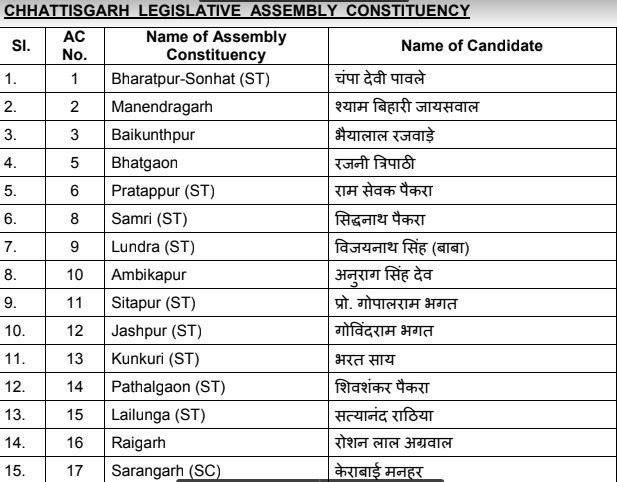 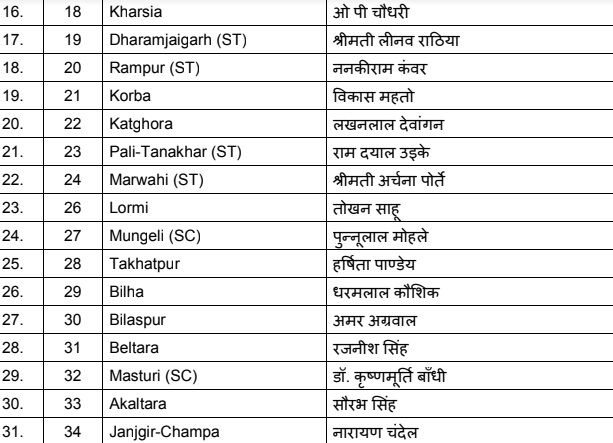 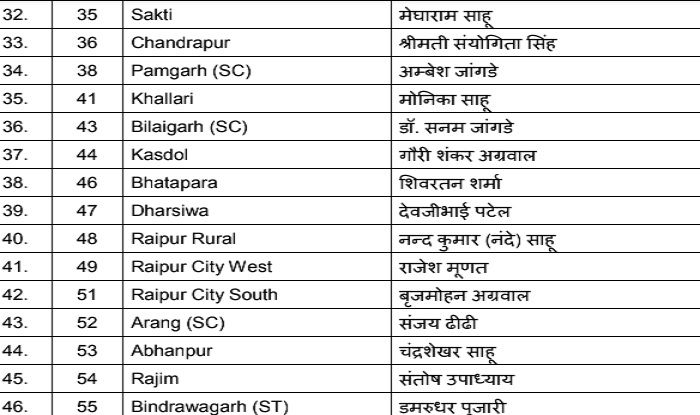 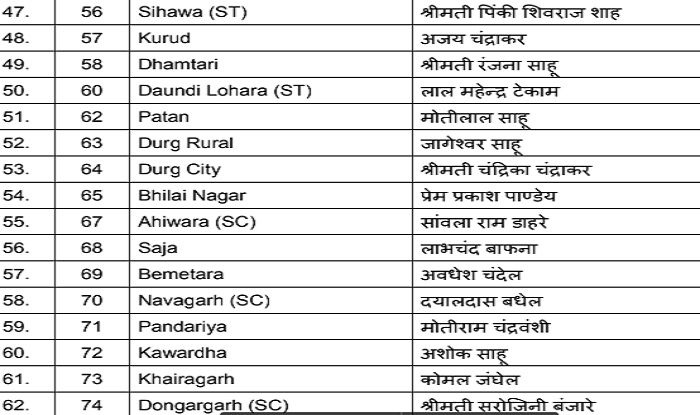 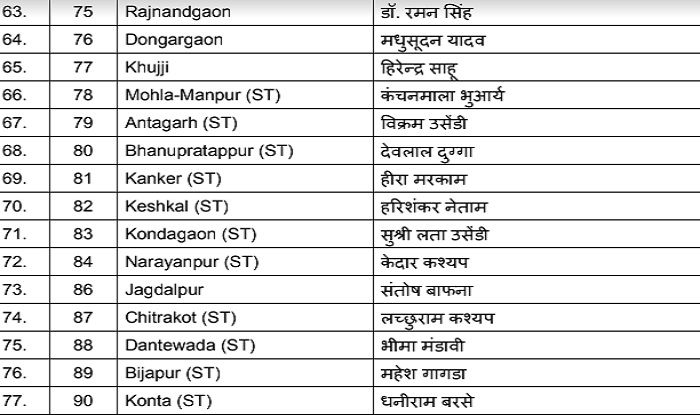 The BJP also released the list of 38 candidates for the upcoming Telangana. “The party has considered the aspirations of our dedicated workers in Telangana region. Adequate representation has been given to representatives of all communities,” Nadda said.

Check out the name of 38 candidates here: 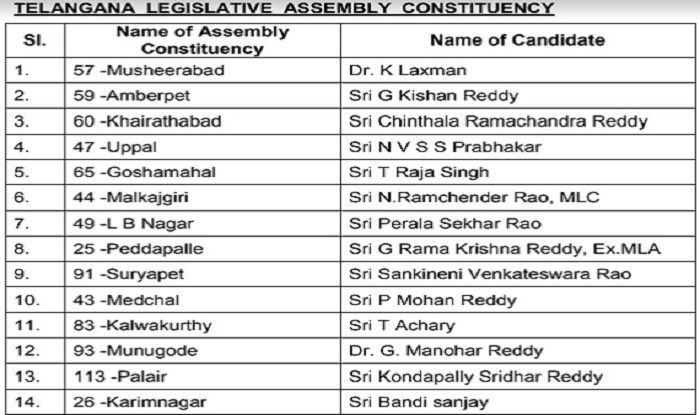 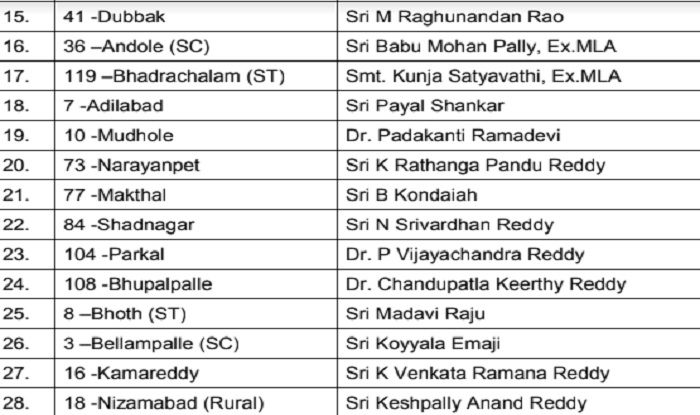 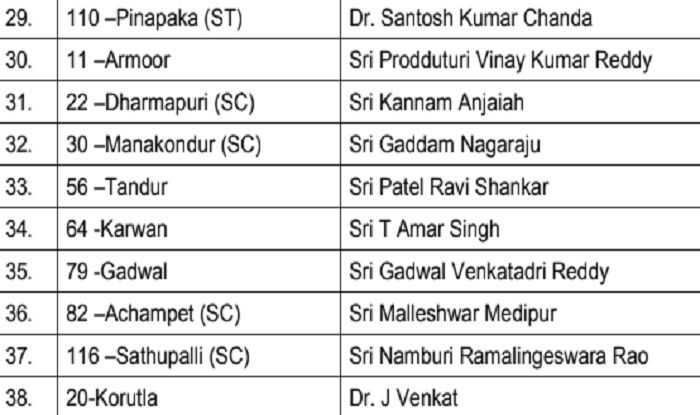 The BJP will also contest the Mizoram Assembly elections on 13 seats.

Check out the names of candidates here: 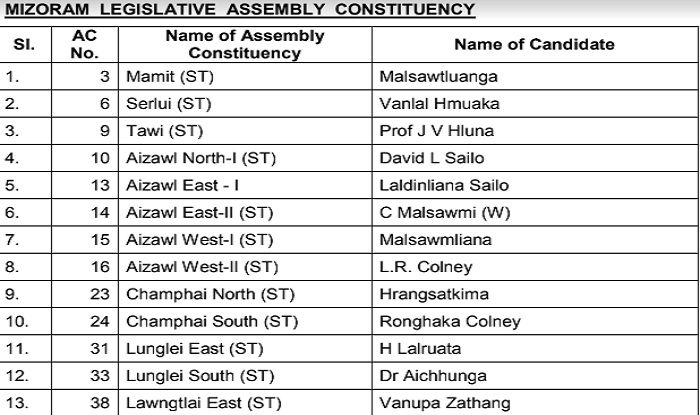 Notably, elections in Chhattisgarh are scheduled in two phases — on November 12 and November 20, while the polling in Mizoram and Telangana will take place on November 28 and December 7, respectively.

The results will be declared on December 11.