Here are all the major announcements made by the Election Commission in today's press conference and the political developments that unfolded since in 10 points.

New Delhi: The election season is here again! The Election Commission of India of Friday announced the schedule for holding general elections to the legislative assemblies of four states and one Union territory – Assam, Kerala, Tamil Nadu, West Bengal and Puducherry. Voting for five assembly elections will begin on March 27, with West Bengal having the maximum eight phases continuing till April 29. Counting of votes for all give assemblies will be held on May 2. The assembly poll dates were announced by Chief Election Commissioner Sunil Arora at a press conference in New Delhi. Also Read - All Poll Staff On Duty in Upcoming Assembly Elections Declared Frontline Workers, To Be Vaccinated

Here are all the major announcements made by the Election Commission in today’s press conference and the political developments that unfolded since in 10 points:

1. 18.68 crore voters to cast their votes in upcoming polls

As many as 18.68 crore voters will be eligible to cast their votes at 2.7 lakh polling stations for 824 assembly seats across Assam, West Bengal, Kerala, Tamil Nadu and Puducherry.

The Election Commission will appoint two special observers for West Bengal and a third can also be sent if required, Arora said in response to queries on whether enough arrangements are in place for the polls in the state, where many have been raising questions about political violence.

3. All poll officials to be vaccinated

Everyone on election duty for the upcoming polls and have been declared frontline workers will be vaccinated against COVID-19 before polling day.

The Model Code of Conduct (MCC) has come into force after the announcement of the election dates, as announced by Chief Election Commissioner Sunil Arora.

Model Code of Conduct to come into force immediately after the announcement of the election dates: Sunil Arora, Chief Election Commissioner pic.twitter.com/YL37UsKesx

5. Nominations to be filed online, voting time increased by an hour

Arrangements will be put in place for candidates to file their nominations online. Voting will be allowed for an additional hour, keeping in mind COVID-19 safety guidelines.

Adequate CAPFs deployment shall be ensured during elections. All critical, vulnerable polling stations identified and an adequate number of CAPFs will be deployed: Sunil Arora, Chief Election Commissioner pic.twitter.com/Yd40zUTQOe

He said door-to-door campaigning will be restricted to five persons, including the candidate, while roadshows will be allowed with a maximum of five vehicles.

Questioning the eight-phase assembly elections in West Bengal, Chief Minister Mamata Banerjee said that she suspects that the dates were announced as per the suggestions of Prime Minister Narendra Modi and Home Minister Amit Shah for better management of the BJP’s poll campaign.

“With all due respect to the Election Commission, I want to say that questions are being raised on why elections will be held in so many phases in Bengal while other states will be voting in one phase. If EC doesn’t provide justice to the people, where will the people go,” she said. Mamata Banerjee also said that despite “all these tricks”, she will win the elections.

Centre can't misuse their powers for a State election. If they do it, then, it will be a big blunder. then, they will have to face the music. We are common people, we will fight our battle. Request EC to stop misuse of money. BJP has sent money to all Dist through agencies: WB CM pic.twitter.com/suvjjuMnO2

Riding a scooter, Union minister Smriti Irani led a rally of the BJP as she campaigned for the upcoming West Bengal elections in the South 24 Parganas district. After covering a short distance on bus, Smriti Irani got down from the ‘rath’ and took to a scooter, wearing a black helmet and a mask.

Enthused by the minister’s spontanity, scores of BJP workers followed Irani on two-wheelers, chanting “Jai Shri Ram” and “Khela Hobey”, meaning ‘game on’ — a slogan first raised by the Trinamool Congress, which has now become the catchphrase of this election season. 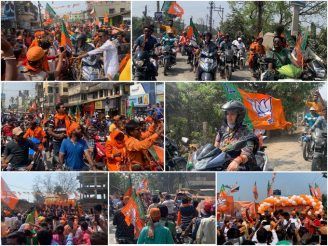 Here is the complete schedule of dates for 5 assemblies of Assam, Kerala, Tamil Nadu, West Bengal and Puducherry. Check the full schedule below or on EC’s website. 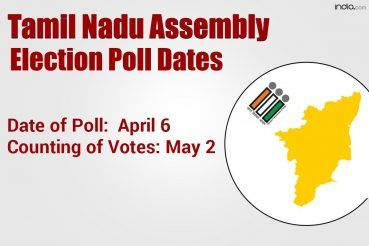 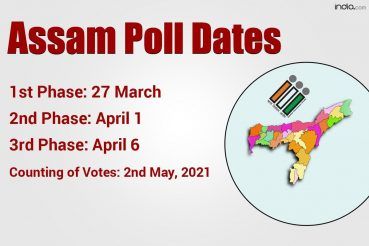 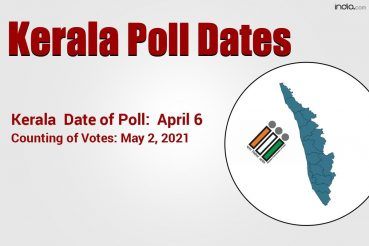 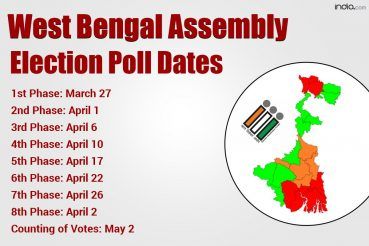 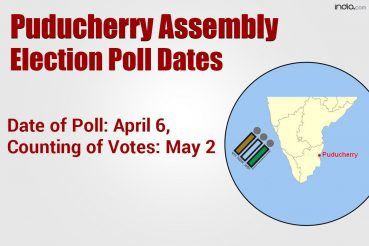