The BJP co-founder, who had faded from public life for more than a decade following health complications, was admitted to AIIMS with a kidney infection and chest congestion on June 11.

New Delhi, Aug 17: The final procession of former Prime Minister Atal Bihari Vajpayee will begin from BJP Headquarters and will end in Smriti Sthal. Expressing sadness at Vajpayee’s death, Home Minister Rajnath Singh stated, “Shortly his mortal remains will be taken to his residence where people can pay tribute to him.” The government also declared a half-day holiday to all the central government offices, central public sector undertakings across the nation. The Home Ministry said, “During this period, the national flag will be flown at half-mast throughout India where it is regularly flown and there will be no official entertainment during the period of the state mourning.” Also Read - Former Union Minister Arjun Charan Sethi Passes Away at 79 in Odisha

A sea of ministers attended the last journey of Vajpayee to pay their tributes. Check their pictures below: 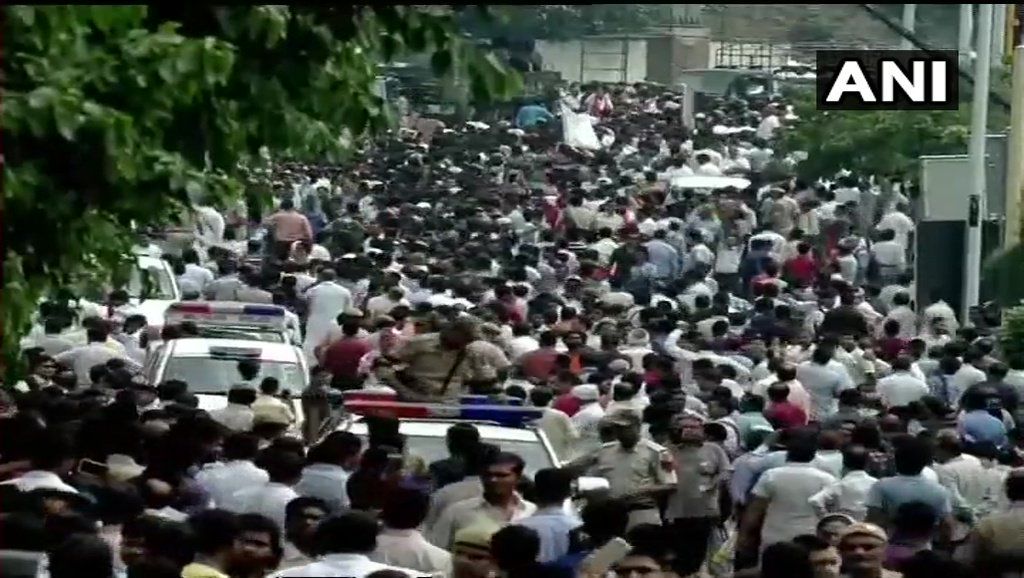 People gathered during the funeral procession of Atal Bihari Vajpayee. 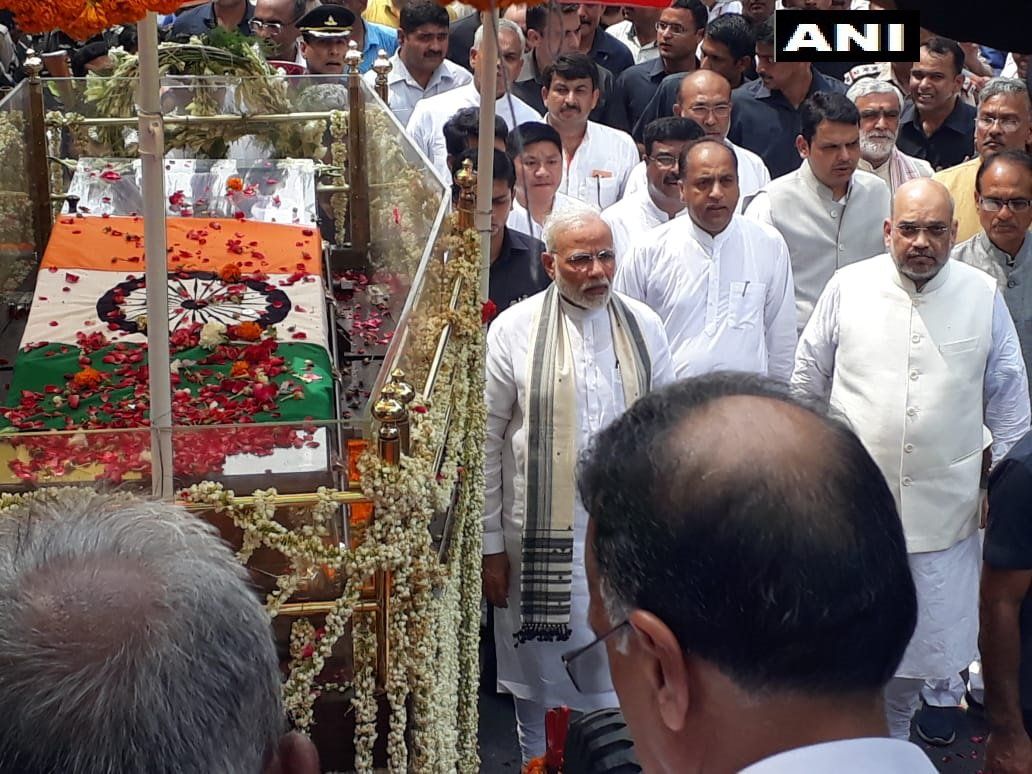 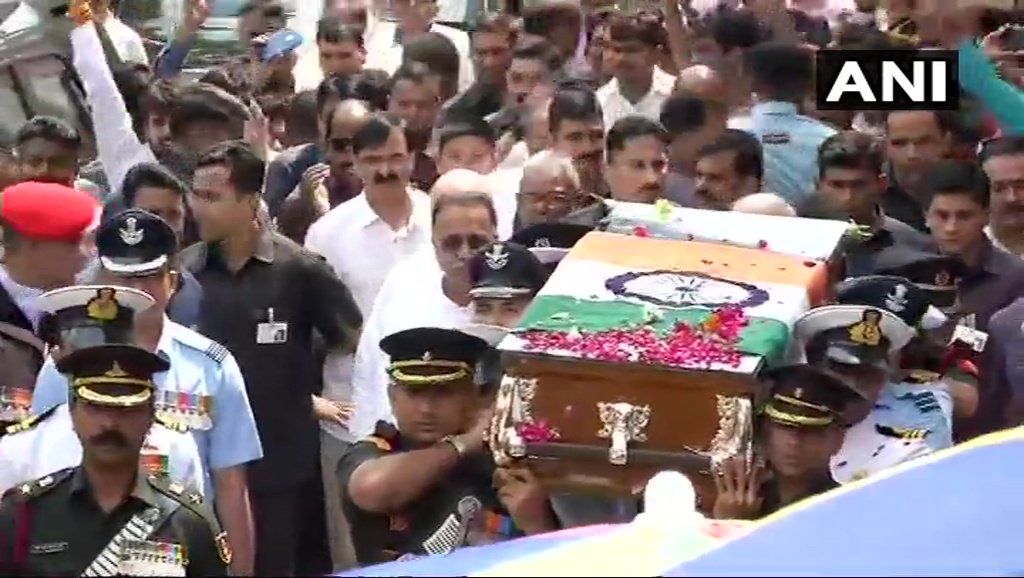 Mortal remains of Atal Bihari Vajpayee is taken from BJP Headquarters to Smriti Sthal for the funeral. 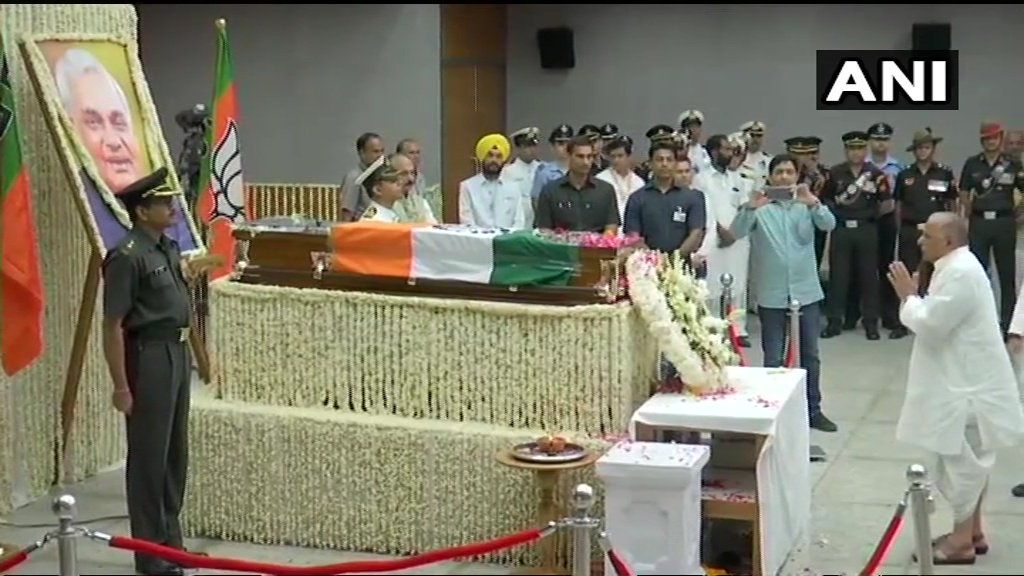 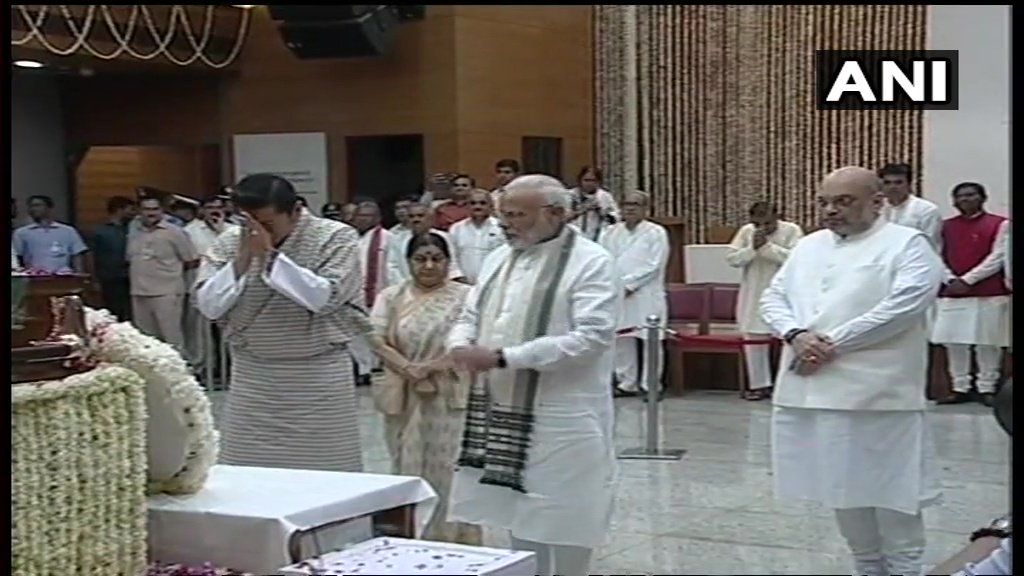 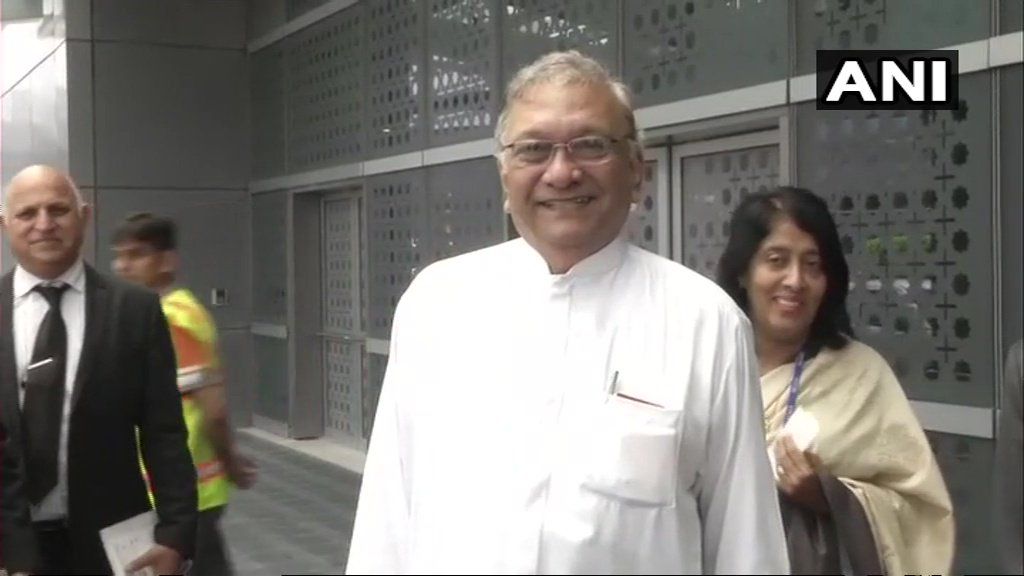 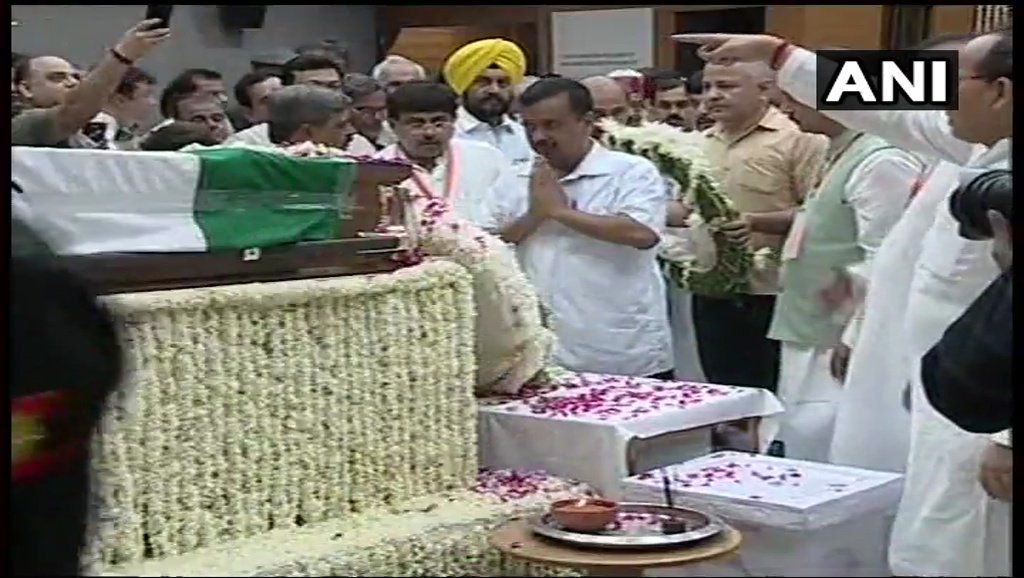 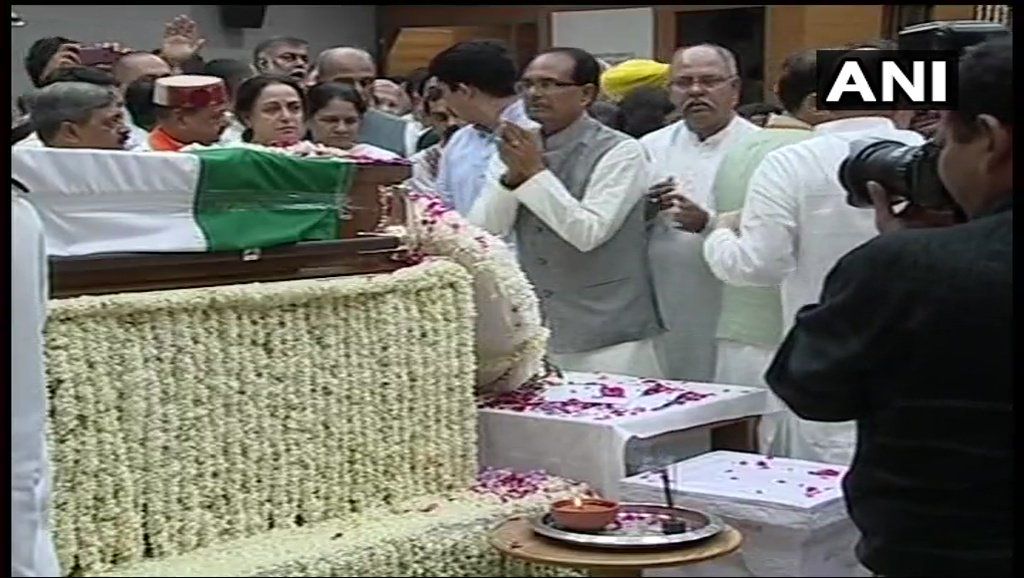 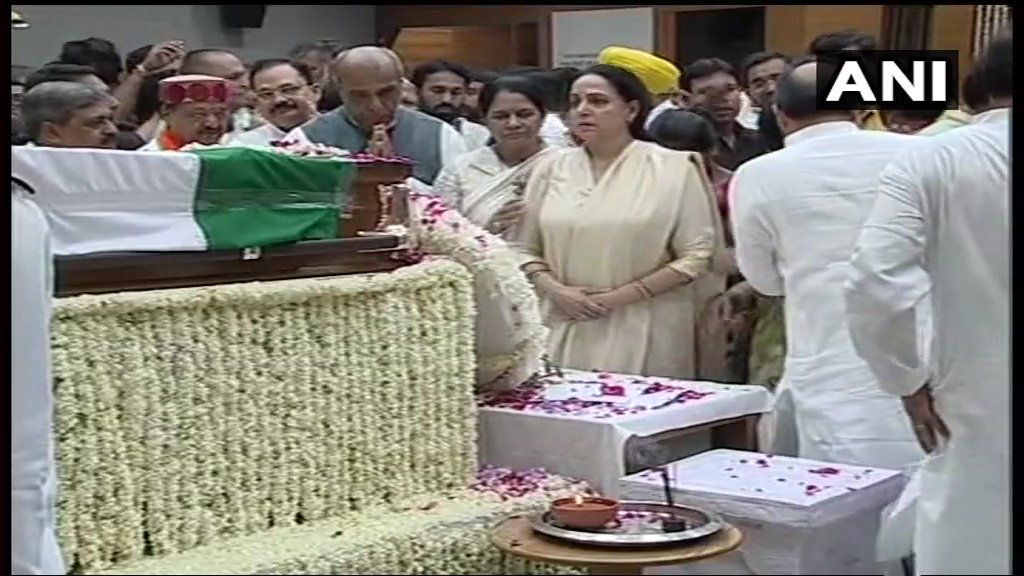 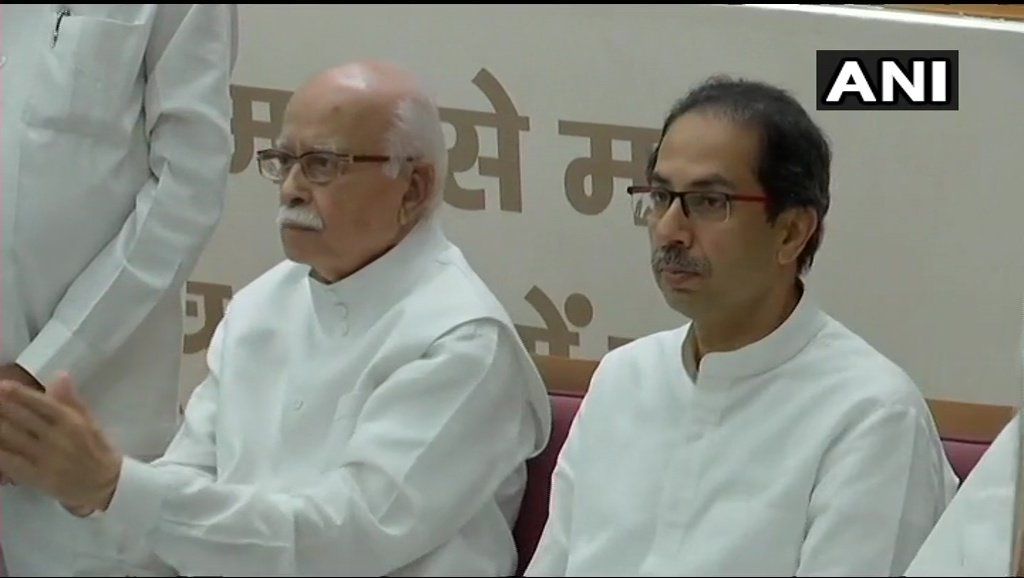 BJP leader LK Advani and his daughter Pratibha Advani with Shiv Sena Chief Uddhav Thackeray and his family at the BJP Headquarters. 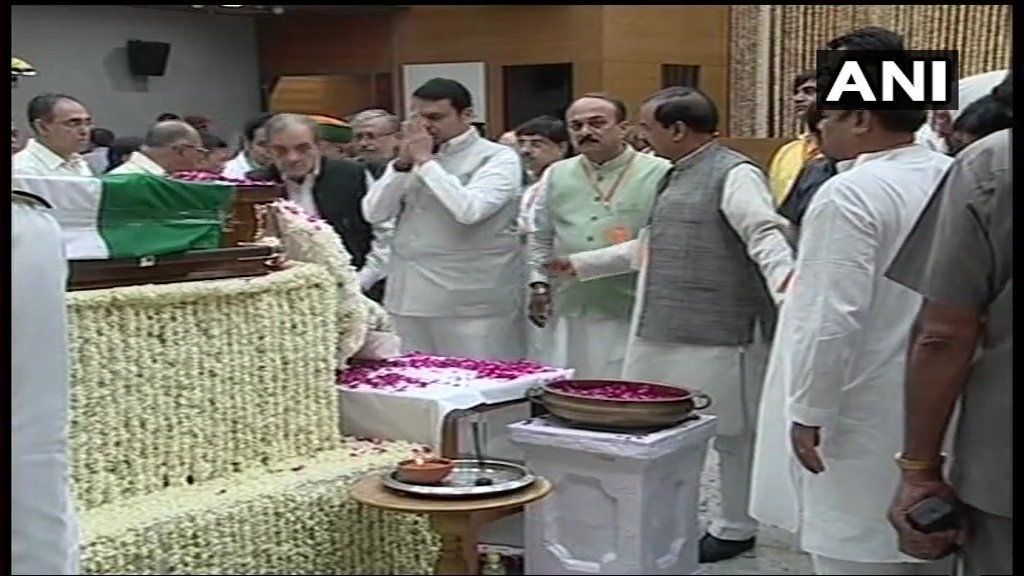 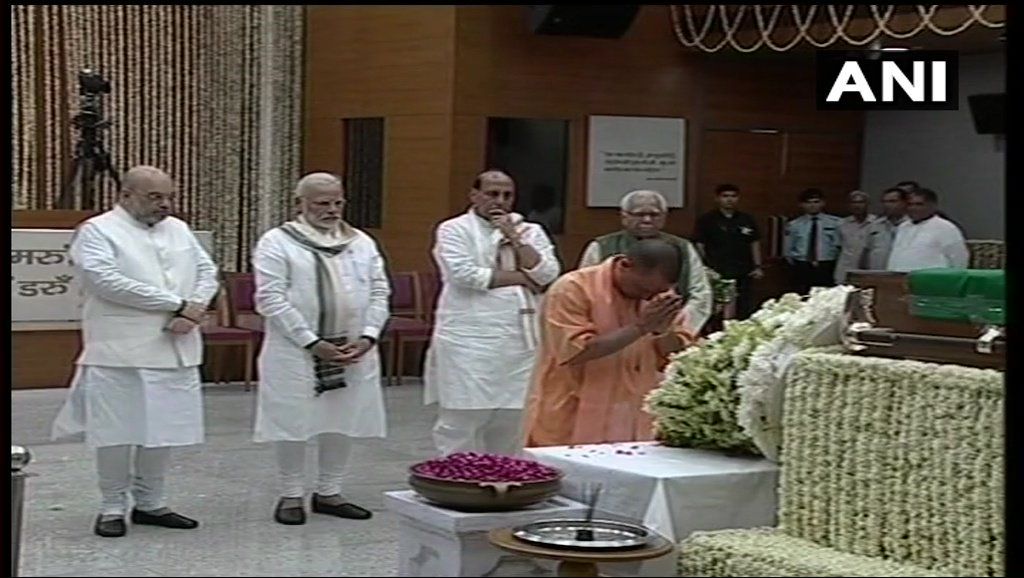 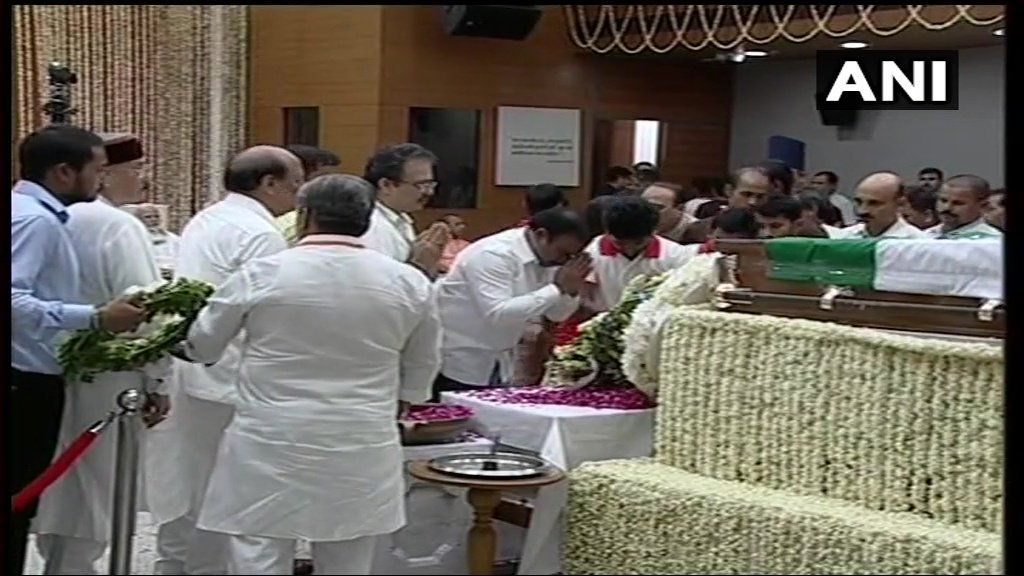 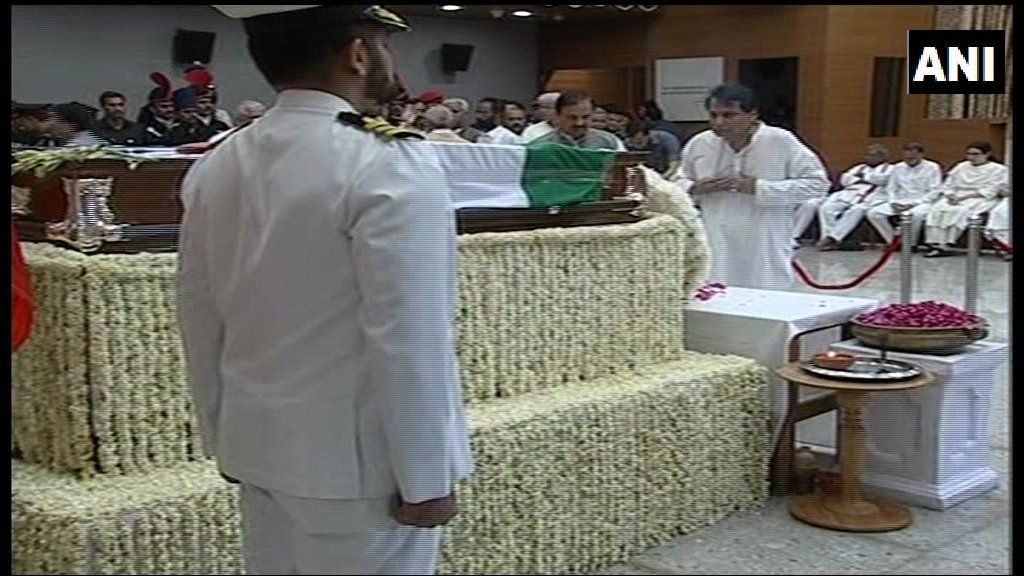 Former Prime Minister & Bharat Ratna Atal Bihari Vajpayee breathed his last at 05:05 PM on Thursday. He was 93. The BJP co-founder, who had faded from public life for more than a decade following health complications, was admitted to AIIMS with a kidney infection and chest congestion on June 11. “I have no words, I am filled with emotions right now. Our respected Atal Ji is no more. Every moment of his life he had dedicated to the nation,” said Prime Minister Narendra Modi after the 93-year-old Vajpayee died at Delhi’s AIIMS after a long illness.