Soon after the demise of former PM was announced, an image of AIIMS doctors paying their last respects to the former PM went viral.

New Delhi, Aug 17: Former Prime Minister Atal Bihari Vajpayee breathed his last at 05:05 PM on Thursday. He was admitted to the All India Institute of Medical Sciences (AIIMS) on June 11 and died following a prolonged illness. Soon after the demise of former PM was announced, an image of AIIMS doctors paying their last respects to the former PM went viral. Click here to catch latest news updates on Vajpayee’s funeral. Also Read - Former Union Minister Arjun Charan Sethi Passes Away at 79 in Odisha

In the image, the doctors could be seen standing in a queue and bowing to the leader. However, it’s fake. The image was clicked way back in 2012 in China. The body is that of a girl who had donated her organs after her death. To show their respects to the girl, the doctors then offered their last respects by bowing down to her. Also Read - National Technology Day: PM Modi Remembers the Historic Pokhran Test, Hails Indian Scientists & Engineers 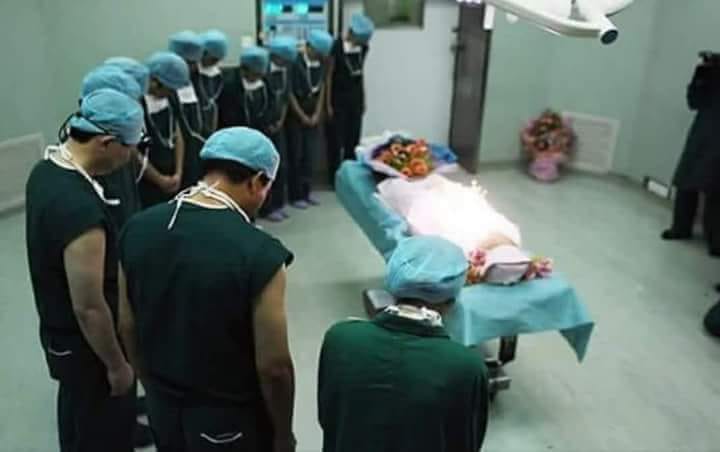 Former Prime Minister Atal Bihari Vajpayee, the moderate face of the BJP who attracted allies and formed the first saffron government at the Centre in the 1990s, died in Delhi after a long illness. The 93-year-old leader was admitted to AIIMS with a kidney infection and chest congestion on June 11. He breathed his last at 5.05 PM, said a statement from the All India Institute of Medical Sciences (AIIMS).