Creating history, Ayesha Aziz got licensed as a pilot when she was just 16-year-old.

New Delhi, May 12: Since childhood, her dream was to fly a plane and she fulfilled her dream within a short span of time. Creating history, Ayesha Aziz got licensed as a pilot when she was just 16-year-old. Now at 20, Ayesha Aziz feels proud of becoming India’s youngest woman pilot. Ayesha’s phenomenal achievement is a major boost for women competing with opposite gender in a male dominated society.Also Read - Pakistani Pilot Refuses To Fly Plane & Complete The Journey Because His Shift Had Ended!

Ayesha Aziz always had a dream of achieving something challenging and unconventional. Her fondness for planes and airports grew when she would visit Kashmir, her native place, twice or thrice every year since her childhood. “While I would enjoy take-off and landing of the plane, my brother would be scared and always sleep during the flight,” the young achiever was quoted as saying by The New Indian Express. (ALSO READ: UPSC 2015 Results: This Muslim boy changed his name to a Hindu surname to crack IAS exam) Also Read - Indigo Pilot Makes Surprise Announcement in Tulu, Delights Passengers on Mumbai-Mangaluru Flight | Watch 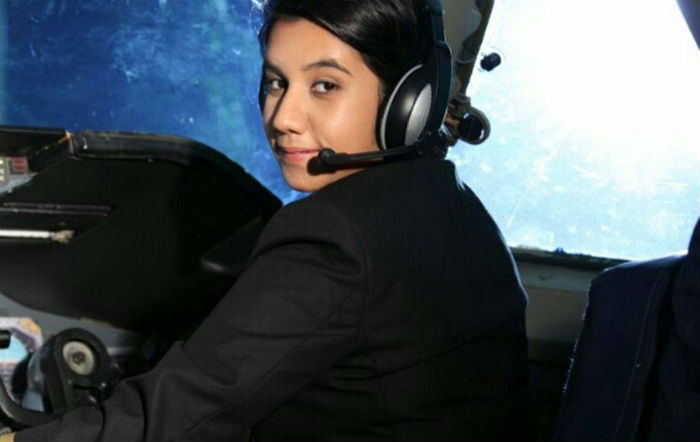 A resident of Mumbai, Ayesha left no stone unturned to fulfil her childhood dream. “More than being India’s youngest pilot, I am happy for having accomplished my childhood goal,” said Ayesha. She felt that focus, consistency, hard work and confidence play key role for a women to survive in a male dominated society. “You should hold your head high and not let others put you down,” she said.

During her inspiring career, Ayesh also got opportunity to visit NASA where she met John McBride and Sunita Williams. “I met her when she came to Worli in 2013 or 2014. I shared my experiences with her. I told her about the activities I participated in NASA like scuba diving, moon walk and bunny walk which an astronaut should know,” she recalled. 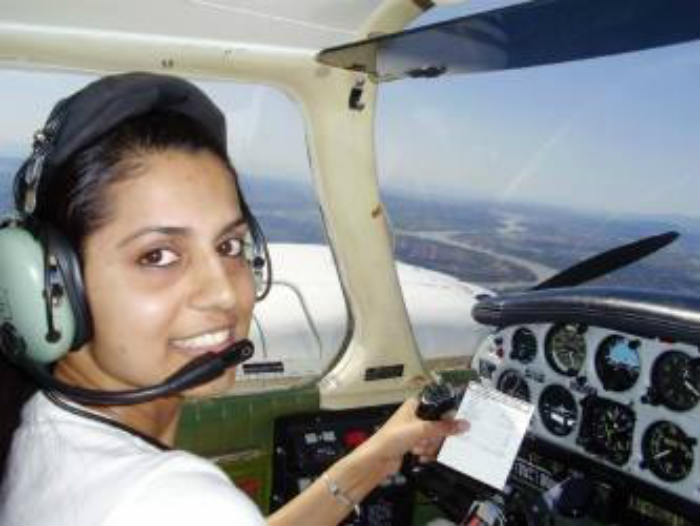 Ayesha joined the flying school after she completed her Class X. She took her ground classes and cleared the five viva sessions. Immediately after turning 16 in October, she got her student pilot licence in November 2013. However due to some monetary issues, her training for commercial pilot licence got delayed. She currently flies single engine Cessna 152 and Cessna172.

Ayesha is currently pursuing her BSc third year in Aviation at Bombay Flying Club in Mumbai. She would get her commercial pilot license after she completes her BSc for which she has to complete 80 hours of the total 200 hours of flight. The beautiful Ayesha has done several photoshoots for magazine as well as ad commercial.

Ayesha’s parents also supported and encouraged her. She believes that their motivation and support played key role in her success. “When I told my father I wanted to be a pilot, he pushed me into it immediately after completing my Class X,” said Ayesha. (Photos: DD National Facebook)