Rajeev Dhavan took strong objection to placing contents from the book on record.

It was a book ‘Ayodhya Revisited’ written by Kunal Kishore that senior counsel Vikas Singh mentioned. Rajeev Dhavan took strong objection to placing contents from the book on record. Counsel Vikas Singh agreed not to place reliance on the book and handed over maps and pages. Rajeev Dhavan tore the pages apart. “You can shred it further,” the CJI commented taking note of the unruly situation of the courtroom. Also Read - Ayodhya Dispute: SC Directs UP Govt to Provide Security to Sunni Waqf Board Chairman as he Fears For Life 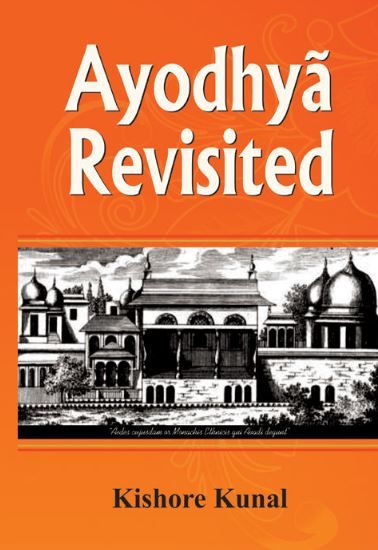 The book was presented as evidence in the Supreme Court today (Photo: Amazon)

As reported, the counsel was trying to show Sita’s kitchen on the southwest side of the disputed birthplace through the book. According to the book, the exact birthplace of Rãma was earmarked by a rectangular Vedi measuring 18 ft. 9 inches in length and 15ft. in width, and was located in the inner portion of the disputed shrine. The demolition of the temple and the construction of the mosque did not take place in 1528 A.D. but in c. 1660 A.D. when Fedai Khan was the Governor of Aurangzeb at Ayodhyã.

“If the hearing goes on like this, we will simply get up, close the hearing and leave,” CJI Ranjan Gogoi said.

According to reports, the CJI has kept the book with him.