A local court in Haridwar on Thursday rejected the bail plea of yoga guru Baba Ramdev's brother Ram Bharat and sent him to 14 days judicial custody. 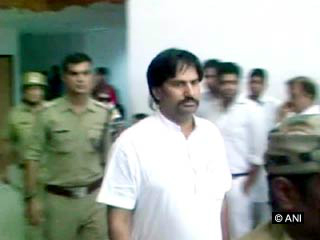 Haridwar, May 28 : A local court in Haridwar on Thursday rejected the bail plea of yoga guru Baba Ramdev’s brother Ram Bharat and sent him to 14 days judicial custody in connection with a clash between Patanjali Food and Herbal Park’s staff and members of a transport union, which had led to the death of one person. Also Read - Villagers protest against illicit liquor in Greater Noida

Haridwar Senior Superintendent of Police (SSP) Sweety Singh said that Ram Bharat has been booked under various sections of the IPC, adding that more arrests are likely to be made in the case. “He has been booked under sections 302, 307, 147, 148, 149, 504, 506 and 120 B of the IPC. The others accused in the case will also be arrested. We are conducting a fair investigation. Some more facts have also come to light that they were trying to concealing the evidence. Those behind concealing the evidence will also be arrested,” she said. (ALSO READ : Ramdev Baba’s aide’s meet with Hafiz Saeed, rocks Rajya Sabha) Also Read - Ranveer Singh vs. Baba Ramdev yoga-dance battle is the most hilarious thing you’ll watch today

Ram Bharat was arrested by the Uttar Pradesh Police on Wednesday after a trucker was allegedly killed by gunshot wounds during a clash between security guards of the food park run by Patanjali and members of a transport union in Haridwar. The clash had reportedly erupted after the local transporters gathered outside the food park’s gate in protest against the firm engaging truck operators from outside of Haridwar for transporting products to market.