#Bail_बापूजीका_अधिकार: Asaram Bapu’s devotees campaign for his bail on Twitter

Twitter came alive with hundreds of the octagenarian’s supporters and devotees expressing dissatisfaction and displeasure. 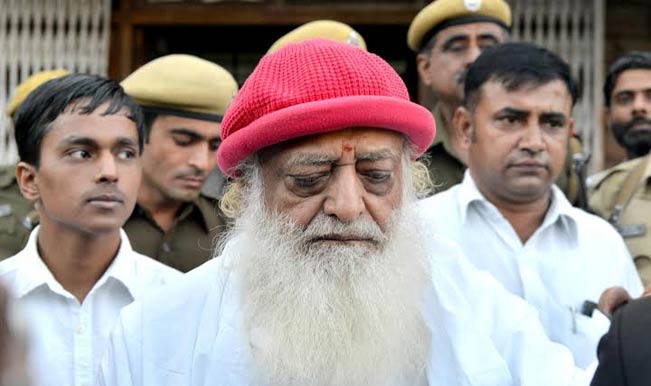 Jodhpur, June 20: As the news of self styled Godman Asaram Bapu’s denial to bail by Rajasthan High Court spread, Twitter came alive with hundreds of the octagenarian’s supporters and devotees expressing dissatisfaction and displeasure. Also Read - Available on Video Call For Questioning By UP Police, Says Twitter India Head on Ghaziabad Attack Against Elderly Man

While some of Asaram’s devotees expressed support and solidarity with him, some others called upon other devotees to push for bail for the tainted Godman. Tweets by ardent devotees alleged that Asaram is innocent and is being framed in the case by the misuse of POCSO law. Also Read - 'Highly Misplaced': India Strongly Rejects UN Special Branch's Criticism of New IT Rules

Rajasthan High Court’s Additional District and Sessions judge Manoj Kumar Vyas passed an order today to deny bail to the self acclaimed Godman accused of alleged sexual assault on a minor. The order was issued after almost an hour long arguments on the matter on Friday.

The bail plea of the accused godman, who has been languishing in Jodhpur jail since September 2013, had been taken up before the court by BJP leader Subramaniam Swamy.

Asaram was arrested from his Ashram in Indore and brought to Jodhpur, after a 16- year old girl from Jodhpur lodged a complaint of sexual assault against him. He has been in Jodhpur Central Jail ever since.