Purohit has been involved in social, political, educational and industrial fields of Vidarbha in Maharashtra, and entered into politics in 1977.

Speaking to ANI, BD Mishra said: “Great that I have been given this responsibility, my aim would be to preserve, protect constitution and the law.” Also Read - TNEA Supplementary Counselling Rank List 2021 Released on official website tneaonline.org | Check Steps HERE

Purohit has been involved in social, political, educational and industrial fields of Vidarbha in Maharashtra, and entered into politics in 1977.  In 1978, he had won an election in Maharashtra Assembly from Nagpur east seat. He was re-elected in 1980 from Nagpur south and became a minister in 1982. Also Read - Unaware of Demonetisation, Visually Challenged Beggar Seeks Exchange of RS 65,000 Life Savings

Purohit, in 1984 and 1989, was elected to the Lok Sabha from Nagpur-Kamptee seat and was a member of the Parliamentary Consultative Committee of Defence Ministry.

In 1996, he was re-elected from the Lok Sabha seat and served as a member of the Parliamentary Consultative Committee on Home Affairs, Member of Standing Committee on Defence and Member of Public Sector Undertaking Committee.

Purohit was actively involved in reviving  ‘The Hitavada’, an English daily founded by Gopal Krishna Gokhale, who was the mentor of Mahatma Gandhi. 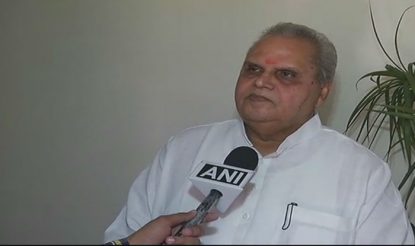 From April 1990 to November 1990, he served as the Union Minister of State, Parliamentary Affairs and Tourism. He has previously held many positions in centre. From 1980-1984 and again 1986-89 he served as the Rajya Sabha MP. From 1989-90 he served as a Lok Sabha MP. According to The Hindu, SP Malik has an experience of more than 50 years in social development. 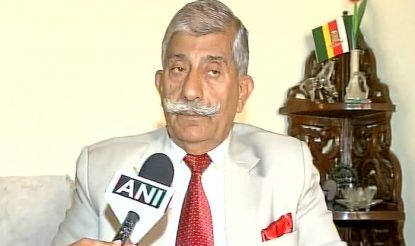 In 1955, he retired as a Brigadier from the Indian Army. He led a team of Black Cat Commandos in 1993 that rescued all the passengers safely of hijacked Indian Airlines plane on April 24, 1993. For this,  Mishra had received the appreciation of the then Prime Minister  PV Narasimha Rao. He was part of various wars and operations.

He completed his schooling from Nainital and was the 21st Chief of Naval Staff. The 63-year-old has been awarded several medals. From 1996-99, he was the Defence Adviser in the Indian High Commission in Singapore.

(With Inputs from PTI)