Bengaluru Lockdown: The lockdown period has been utilised to contact trace and take some vital administrative decisions. The government has removed the BBMP chief, has tightened the watch on private hospitals.

Bengaluru Unlock: After a gap of almost a week, Bengaluru is back on the track of unlocking down after Karnataka Chief Minister BS Yediyurappa dismissed the possibility of extending the lockdown. But did it work? The number of cases reported in the last 10 days sees sharp ups and downs and is not indicative of the impact of the lockdown. Meanwhile, the lockdown period has been utilised to contact trace and take some vital administrative decisions. The government has removed the BBMP chief, has tightened the watch on private hospitals.Also Read - Bengaluru Limits Number of Attendees at Rallies, Weddings Till 31 January. Details Here 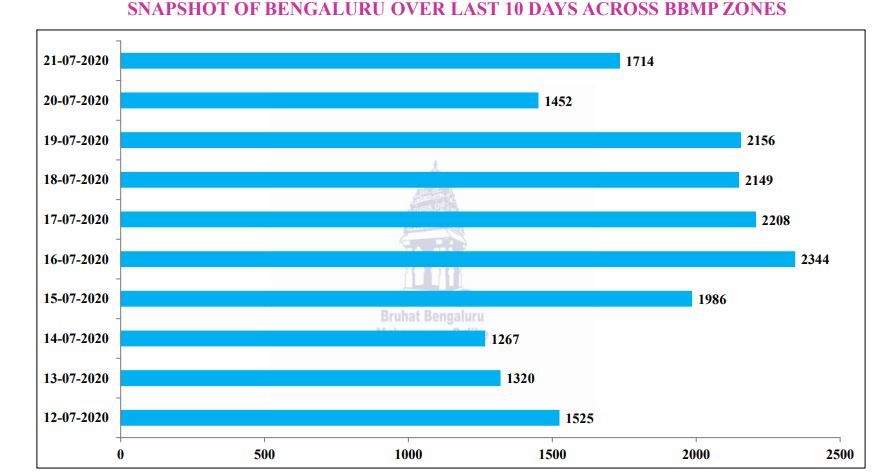 The number of cases being reported daily from Bengaluru reached the highest on July 16 (2344). Since then, the numbers are coming down. Also Read - Karnataka Issues New Rules For Visiting Hospitals to Prevent Crowding. Read Full Order Here

The total number of COVID-19 cases in Karnataka breached the 70,000-mark on Tuesday as the state reported 3,649 fresh infections, while 61 fatalities took the death toll to 1,464.

After the lockdown was imposed from July 14 to July 22 morning to check the spread of the coronavirus, the two transport corporations had stopped their operations in Bengaluru.

Buses will be stopped at the designated bus stops for boarding and de-boarding.

They said that face mask and social distancing will be mandatory for the passengers. If all the seats are occupied, passengers should not board the bus and wait for the next one to come, they added.