Notifications for the elections will be issued on March 6, and the last date of nominations is March 13, the poll body informed.

New Delhi: Biennial elections of 55 members of Rajya Sabha from 17 states, retiring in April 2020, will be held on March 26, the Election Commission of India (ECI) announced on Tuesday. The polling will be held between 9 am to 4 pm and the counting of votes will take place at 5 PM the same day. Also Read - How to get Delhi Assembly Elections 2020 Vote Counting on Election Commission of India Website

“The term of office of 55 members of the Rajya Sabha elected from 17 states is due to expire on their retirement in April, 2020…” the electoral body’s notice read.

Notifications for the elections will be issued on March 6, and the last date of nominations is March 13, the poll body informed.

Take a look at the complete list of retiring Rajya Sabha members: 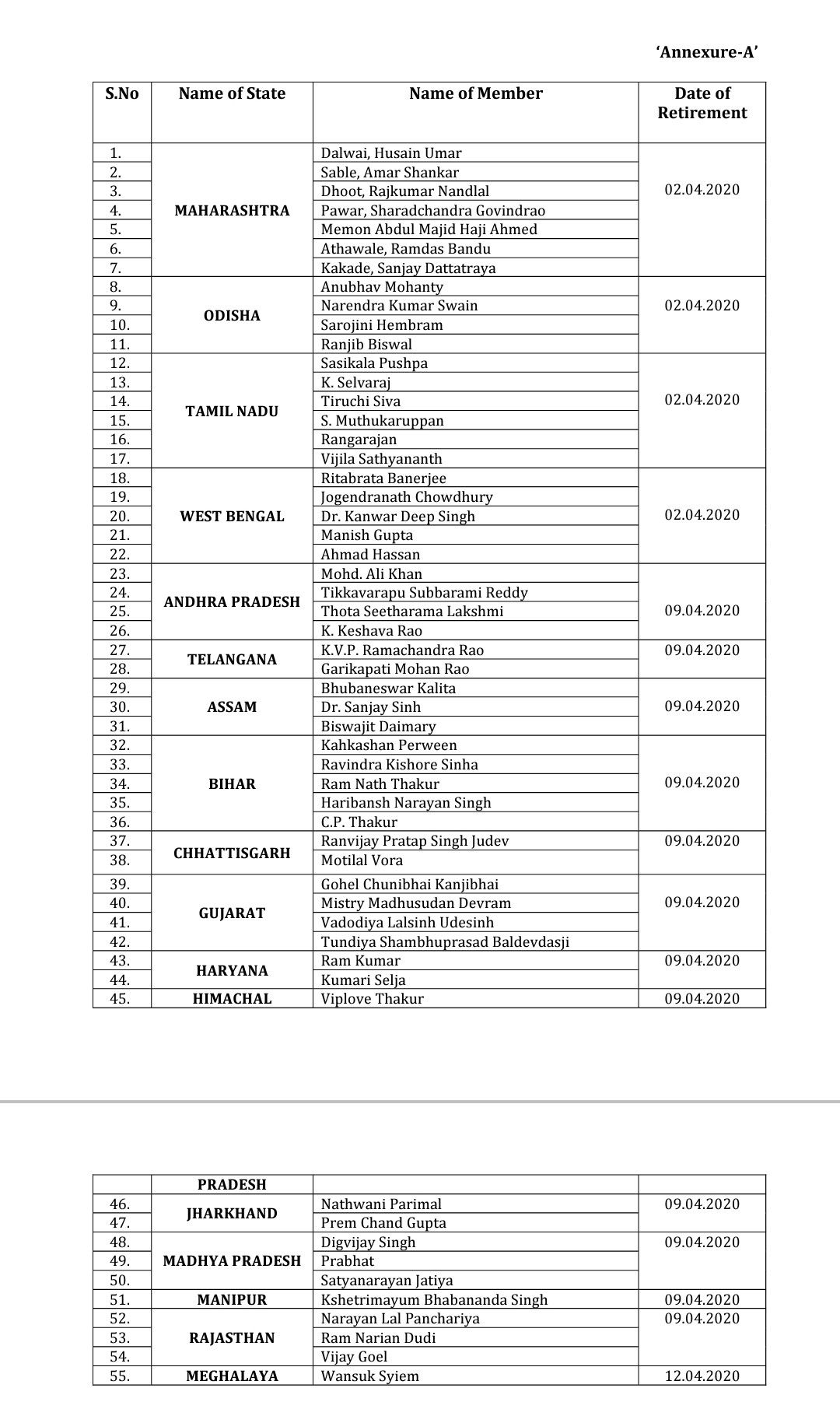 Of total 17 states,  Maharashtra has the highest number of retiring MPs with 7 while Himachal has least with one. In Tamil Nadu there are six vacancies, out of which four are from AIADMK and one each from DMK and CPM.

West Bengal and Bihar have five retiring MPs. Gujarat, Odisha, and Andhra Pradesh have four each; Assam, Rajasthan, and Madhya Pradesh have three each while Jharkhand, Haryana, Telangana, Chhattisgarh have two each.