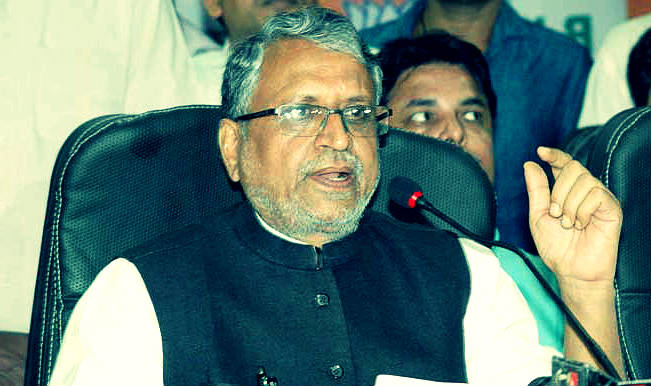 “Manjhi has made over 1,000 announcements in his short tenure of just 250 days so far and has only 200 days more left before the assembly polls scheduled later this year. These days he is making over a dozen announcements daily,” said senior BJP leader and former Deputy Chief Minister Sushil Kumar Modi. Also Read - Bihar Crime News: Ex-Mayor of Kathihar Shot Dead by Gunmen; Border Sealed, Search on For Accused

He also said the CM was unable to implement his announcements as his own ministers and bureaucrats were out to cut him to size and ensure that his popularity did not increase. The Chief Minister is doing this due to his competition with Nitish Kumar. He is also announcing such things like Patna High Court benches at Gaya, Purnia and Bhagalpur, which he cannot implement.

Manjhi is simply cheating the people of Bihar by such tall announcements, knowing well that he will not be able to fulfil them, Modi added. The saffron party leader said Manjhi had announced the waiver of 75 per cent compulsory attendance rule for scholarship, bicycle and uniforms for school students, but his finance minister and education minister refused to implement it.

“We are witnessing agitations, arson and vandalism across the state over this issue. Bihar is smoldering but Manjhi and his ministers are busy in politics,” Modi said. The senior BJP leader said several announcements like reservation of Scheduled Castes and Scheduled Tribes in contracts, appointment of 43,000 ‘safai-mitras’ in villages to help maintain cleanliness and hygiene, adopting five villages in every block for development under Mukhyamantri Adarsh Gram Yojana, on which no work has been done till now.

“Manjhi’s ministers and senior government officials are trying to throw spanner in his decisions and ensure that his popularity doesn’t increase,” he said.
Modi added that with such adverse situation prevailing in the state, the BJP was aiming to win more than 185 seats in the Assembly polls and usher in an efficient government.