Ever since the news about the amazing babies has got out, people are flocking the hospital by the thousands to see them.

Patna, June 3: A mother in Buxar district of Bihar was in for the shock of her life on Thursday. It was supposed to be a joyful day for her, but instead truned into a surreal one, when she delivered two babies instead of one and both attached from the waist down! The boy and girl have seperate heads and limbs, but their torso is attached. Doctors at the Sadar Hopsital were also adtonished to behold the amazing baby (or babies?) with two heads.

The babies were delivered by Shivrajo, who was pregnant for the third time. According to Shivrajo’s husband Chhotu Singh, they have two kids before, one of who is a girl and the other is a boy and both were born without any abnormalities. Ever since the news about the amazing babies has got out, people are flocking the hospital by the thousands to see them. While some people think the babies’ birth is a miracle, others are considering it as a bad omen. But everyone is bewlidered about how the two babies are alive and thriving. ALSO READ: WTF! This man claims he has 13 wives and all are pregnant at the same time! 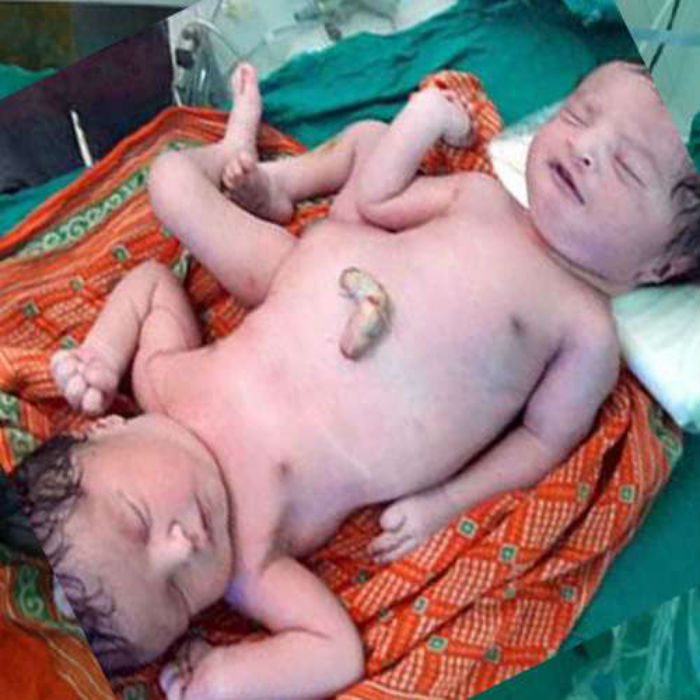 Both the babies and their mother are completely alright, but the case of has been referred to Patna’s PMS hospital. The babies have six limbs (two hands each and two legs attached to the torso) and two heads, but only one torso. Similar case was seen in Bangladesh last year in November when a baby was born with two full developed heads. However, in that case, the baby girl had four limbs and one torso, but had two heads, sprouting out from the neck region.