In Assam there will be bypolls in four seats for which Bijay Malakar (Ratabari), Towfiqur Rahman (Jania), Rajen Borthakur (Ranhapara), Nabanita Handique (Sonia) will be the BJP candidates.

New Delhi: The Bhartiya Janta Party has released the list of 32 candidates for by-elections to the Legislative Assembly Constituencies of different states on Sunday. Also Read - 'Should We Hang Ourselves If Vaccines Are Not Available' Asks Union Minister Sadananda Gowda

Switi Singh has been nominated for the Bihar by-election for the Kishanganj seat. For Chhattisgarh’s Chitrakoot Assembly seat, the party has named  Lachuram Kashyap. 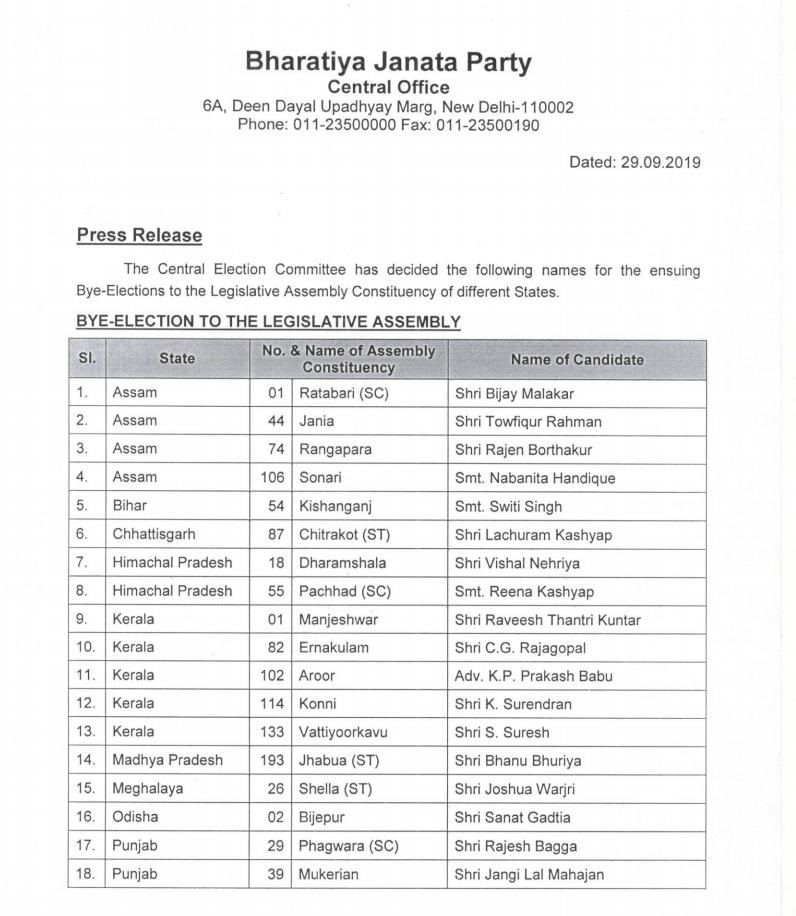 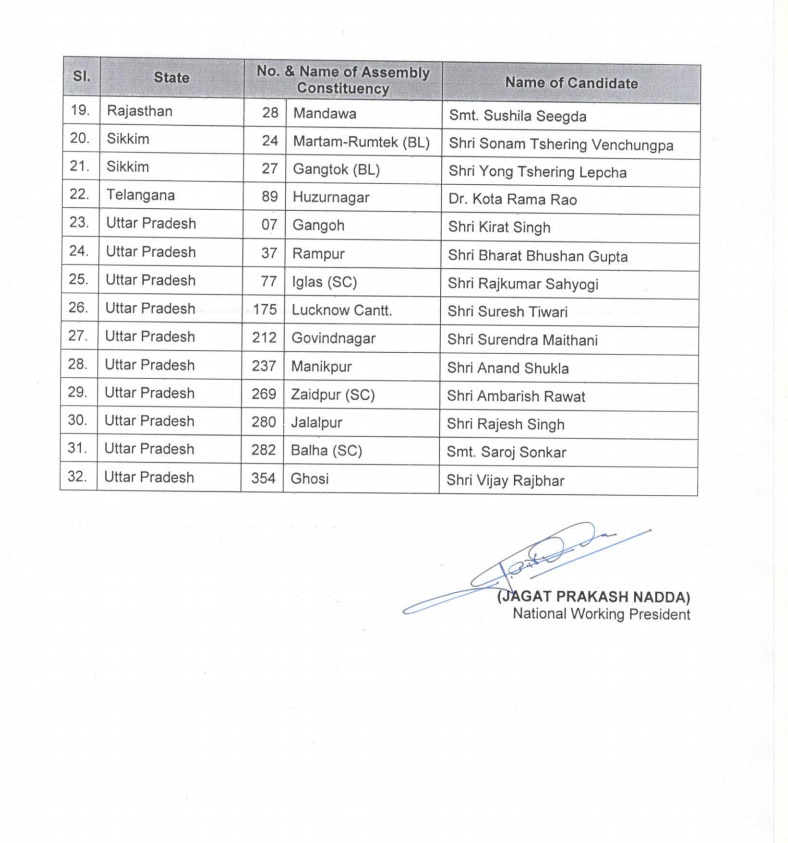 Last week, the Congress party had announced candidates for by-elections in four assembly seats in Punjab, Assam, Puducherry and Chhattisgarh.