The NDA government Saturday hailed the Union Budget 2015-16 with Prime Minister Narendra Modi calling it "progressive and practical" while the opposition slammed it for being "pro-rich". 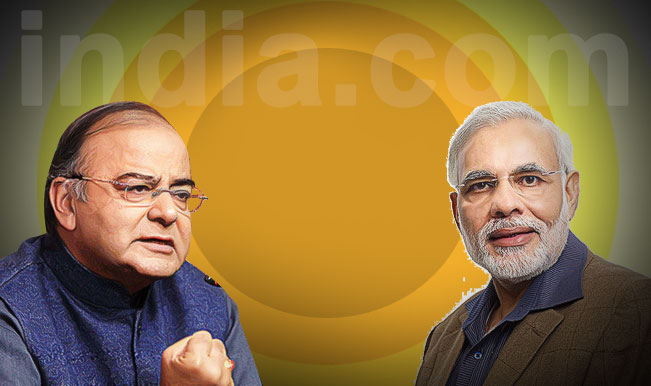 New Delhi, Feb 28: The NDA government Saturday hailed the Union Budget 2015-16 with Prime Minister Narendra Modi calling it “progressive and practical” while the opposition slammed it for being “pro-rich”. Modi, commenting on the budget presented by Finance Minister Arun Jaitley, said it had a “clear vision”. “It is a budget that is progressive, positive, practical, pragmatic and prudent,” he tweeted. Also Read - PDP's Waheed Parra Remanded to 15-Day NIA Custody for Alleged Connections with Hizbul Mujahideen

Defence Minister Manohar Parrikar said he would give the budget “9.5 marks out of 10”. The opposition parties, however, slammed the budget for being pro-rich. Former prime minister Manmohan Singh, an eminent economist, Saturday criticised Jaitley’s budget, saying it has good intentions but no adequate roadmap. Speaking to NDTV news channel, Manmohan Singh, who was prime minister of the Congress-led UPA government for 10 years, said the NDA government has not been able to capitalise on the advantages, like low crude prices and of other commodities. (Union Budget 2015-16 presented by Finance Minister Arun Jaitley in 13 pictures!)

“I had hoped that he would use this lucky phase to give a real big boost to stabilise the economy, strengthen the macroeconomic framework… with all the nitpicking, the net tax revenue will increase by only Rs.15,000 crore. What is Rs.15,000 crores in a budget which runs into Rs.15-16 lakh crores?” he said. Former finance minister and senior Congress leader P. Chidambaram slammed the budget as against the poor with “cruel cuts” in allocations for weaker sections but favouring corporates.

Trinamool Congress leader Derek O’Brien spoke on similar lines. “This budget is not for the people, not for the poor and not for the middle class. Lots of talk on giving more to the states, but this is untrue. Last year, gross output to states was 61.88 percent, this year it is 62,” he said.

Bihar Chief Minister Nitish Kumar, of the Janata Dal-United, said there was nothing specific for poor and common people in the budget.

The Communist Party of India-Marxist (CPI-M) denounced the union budget as pro-rich and said it will only widen “the already large income and wealth inequalities” in the country.

“This budget, while providing a rich bonanza for the rich – foreign and domestic corporates – ensures further widening of the already large income and wealth inequalities,” it said in a statement.

“So much for the slogan of ‘achhe din aanewale hein’,” the CPI-M said.

Bahujan Samaj Party chief Mayawati said the budget is “impractical” and “only for corporates and not for the poor”.