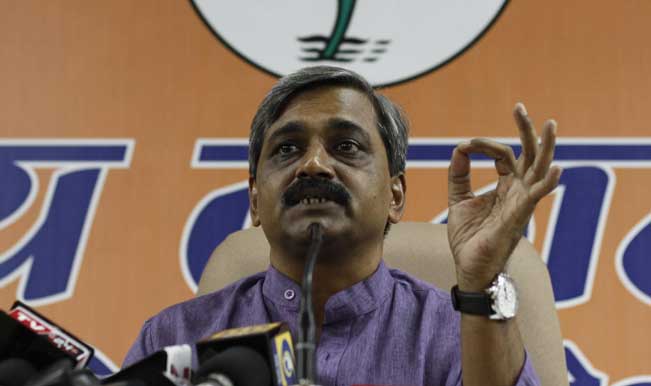 New Delhi, May 25 : Bharatiya Janata Party ( BJP) leader Satish Upadhyay on Monday described the Arvind Kejriwal-led Delhi Government’s 100 day rule as a failed effort to resolve the issues of the common people. “Everyone knows what has happened during the 100 days of the Kejriwal Government. The first two months passed away in organisational confusion and in deciding how to expel opponents in the party. After that, the confrontations, be it the Jantar Mantar suicide, the fake degree row or the electricity or water problems in Delhi and the lack of Wi-Fi, the government has been just fighting everyone and creating drama,” Upadhyay told ANI. (Also Raed: BJP chief Satish Upadhyay: AAP government’s performance in 1st month zero) Also Read - AAP MLA Somnath Bharti Sentenced to Two Years in Jail For Assaulting Security Staff at AIIMS

“Forget 100 things, I would ask them to show even 10 things that they have done till now,” he added. The ruling Aam Aadmi Party is holding a ‘Jan Samvad’ at the Central Park in Connaught Place today to mark its first 100 days in power.The Government of Delhi had on Sunday praised itself for the services it had delivered to the people of the city. Delhi Deputy Chief Minister Manish Sisodia claimed that the government had delivered more than what was promised in the first 100 days. Also Read - IRCTC Latest News: India's First Rajdhani Express With Pull-push Technology to Run Daily From Tuesday | Check Timings, Route